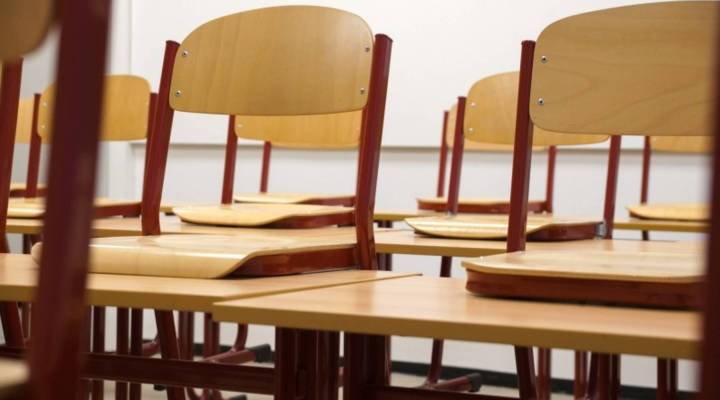 The new documentary “The One That Got Away” takes a look at the tough problem of dealing with at-risk youth in American schools.

In the feature, Dan Gill,  a teacher at Glenfield Middle School in Montclair, New Jersey, reconnects with his former student, Tourrie Moses. Moses is serving prison time for manslaughter and aggravated assault.

One of the documentary’s co-producers, Steve McCarthy, joined us to talk about the work.

On what attracted McCarthy to this particular story:

It was about a teacher who was very well-known in town. And it was about a kid who had a lot of promise, and it didn’t work out. And this is a problem that’s happening in schools all across America. There are kids from very difficult backgrounds, and teachers are struggling with, “How do I deal with this? How do I save this kid? How do I prevent him from getting away?” In this case, when they first got Tourrie, he was … the smartest kid he’d ever had in 40 years. He had a great personality, good smile, he won class president of the school. But something at home just dragged him back into the streets.