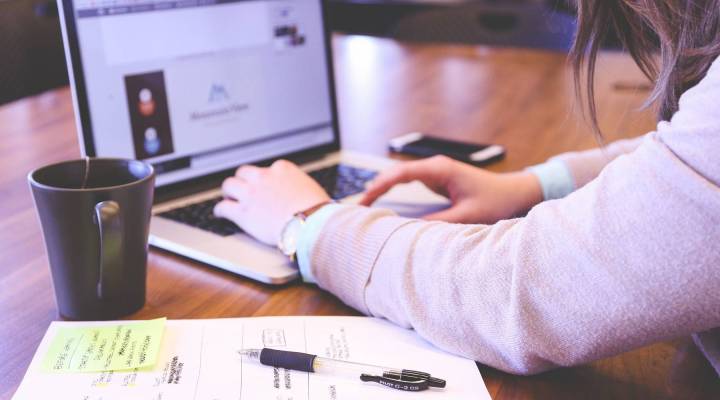 This week, investigative reporter Charles Duhigg visits the show to discuss his latest book, “Smarter, Faster, Better” and why certain people and companies are more productive than others. Click the audio player above to hear our interview with him.

Here’s an excerpt from his book:

My introduction to the science of productivity began in the summer of 2011, when I asked a friend of a friend for a favor.

At the time, I was finishing a book about the neurology and psychology of habit formation. I was in the final, frantic stages of the writing process — a flurry of phone calls, panicked rewrites, last-minute edits — and felt like I was falling farther and farther behind. My wife, who worked full-time, had just given birth to our second child. I was an investigative reporter at The New York Times and spent my days chasing stories and my nights rewriting book pages. My life felt like a treadmill of to-do lists, emails requiring immediate replies, rushed meetings, and subsequent apologies for being late.

Amid all this hustle and scurry — and under the guise of asking for a little publishing advice — I sent a note to an author I admired, a friend of one of my colleagues at the Times. The author’s name was Atul Gawande, and he appeared to be a paragon of success. He was a forty-six-year-old staff writer at a prestigious magazine, as well as a renowned surgeon at one of the nation’s top hospitals. He was an associate professor at Harvard, an adviser to the World Health Organization, and the founder of a nonprofit that sent surgical sup-plies to medically underserved parts of the world. He had written three books — all bestsellers — and was married with three children. In 2006, he had been awarded a MacArthur “genius” grant — and had promptly given a substantial portion of the $500,000 prize to charity.

There are some people who pretend at productivity, whose résumés appear impressive until you realize their greatest talent is self marketing. Then there are others, like Gawande, who seem to exist on a different plane of getting things done. His articles were smart and engaging, and, by all accounts, he was gifted in the operating room, committed to his patients, and a devoted father. Whenever he was interviewed on television, he appeared relaxed and thoughtful. His accomplishments in medicine, writing, and public health were important and real.

I emailed him to ask if he had some time to talk. I wanted to know how he managed to be so productive. Mainly, what was his secret? And, if I learned it, could I change my own life?

“Productivity,” of course, means different things in different settings. One person might spend an hour exercising in the morning before dropping the kids at school and consider the day a success. Another might opt to use that time locked in her office, returning emails and calling a few clients, and feel equally accomplished. A research scientist or artist may see productivity in failed experiments or discarded canvases since each mistake, they hope, gets them closer to discovery, while an engineer’s measure of productivity might focus on making an assembly line ever faster. A productive weekend might involve walking through the park with your kids, while a productive workday involves rushing them to daycare and getting to the office as early as you can.

Productivity, put simply, is the name we give our attempts to figure out the best uses of our energy, intellect, and time as we try to seize the most meaningful rewards with the least wasted effort. It’s a process of learning how to succeed with less stress and struggle. It’s about getting things done without sacrificing everything we care about along the way.

By this definition, Atul Gawande seemed to have things pretty well figured out.

A few days later, he responded to my email with his regrets. “I wish I could help,” he wrote, “but I’m running flat out with my various commitments.” Even he, it seemed, had limits. “I hope you’ll understand.”

Later that week, I mentioned this exchange to our mutual friend. I made it clear I wasn’t offended — that, in fact, I admired Gawande’s focus. I imagined his days were consumed with healing patients, teaching medical students, writing articles, and advising the world’s largest health organization.

No, my friend told me, I had it wrong. That wasn’t it. Gawande was particularly busy that week because he had bought tickets to a rock concert with his kids. And then he was heading on a mini- vacation with his wife. In fact, Gawande had suggested to our mutual friend that I should email him again, later that month, when he would have more time in his schedule for chatting.

At that moment, I realized two things: First, I was clearly doing something wrong because I hadn’t taken a day off in nine months; in fact, I was growing worried that, given a choice between their father and the babysitter, my kids would pick the sitter. Second, and more important, there were people out there who knew how to be more productive. I just had to convince them to share their secrets with me.

Since I contacted Gawande four years ago, I’ve sought out neurologists, businesspeople, government leaders, psychologists, and other productivity experts. I’ve spoken to the filmmakers behind Disney’s Frozen, and learned how they made one of the most successful movies in history under crushing time pressures — and narrowly averted disaster — by fostering a certain kind of creative tension within their ranks. I talked to data scientists at Google and writers from the early seasons of Saturday Night Live who said both organizations were successful, in part, because they abided by a similar set of unwritten rules regarding mutual support and risk taking. I interviewed FBI agents who solved a kidnapping through agile management and a culture influenced by an old auto plant in Fremont, California. I roamed the halls of Cincinnati’s public schools and saw how an initiative to improve education transformed students’ lives by, paradoxically, making information more difficult to absorb.

As I spoke to people — poker players, airline pilots, military generals, executives, cognitive scientists — a handful of key insights began to emerge. I noticed that people kept mentioning the same concepts over and over. I came to believe a small number of ideas were at the core of why some people and companies get so much done.

This book, then, explores the eight ideas that seem most important in expanding productivity. One chapter, for example, examines how a feeling of control can generate motivation, and how the military turns directionless teenagers into marines by teaching them choices that are “biased toward action.” Another chapter looks at why we can maintain focus by constructing mental models—and how one group of pilots told themselves stories that prevented 440 passengers from falling out of the sky. This book’s chapters describe the correct way to set goals— by embracing both big ambitions and small- bore objectives— and why Israel’s leaders became so obsessed with the wrong aspirations in the run- up to the Yom Kippur War. They explore the importance of making decisions by envisioning the future as multiple possibilities rather than fixating on what you hope will happen, and how a woman used that technique to win a national poker championship. They describe how some Silicon Valley companies became giants by building “commitment cultures” that supported employees even when such commitment gets hard.

Connecting these eight ideas is a powerful underlying principle: Productivity isn’t about working more or sweating harder. It’s not simply a product of spending longer hours at your desk or making bigger sacrifices.

Rather, productivity is about making certain choices in certain ways. The way we choose to see ourselves and frame daily decisions; the stories we tell ourselves, and the easy goals we ignore; the sense of community we build among teammates; the creative cultures we establish as leaders: These are the things that separate the merely busy from the genuinely productive.

We’ve been staring at the tools of productivity—the gadgets and apps and complicated filing systems for keeping track of various to-do lists — rather than the lessons those technologies are trying to teach us. There are some people, however, who have figured out how to master this changing world. There are some companies that have discovered how to find advantages amid these rapid shifts. We now know how productivity really functions. We know which choices matter most and bring success within closer reach. We know how to set goals that make the audacious achievable; how to reframe situations so that instead of seeing problems, we notice hidden opportunities; how to open our minds to new, creative connections; and how to learn faster by slowing down the data that is speeding past us.

Why it’s important we interact with strangers