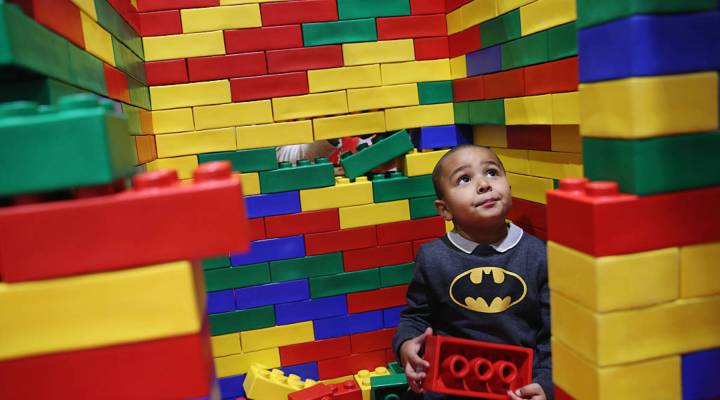 The Danish company Lego, the world’s most profitable toymaker, has an enviable problem: Business has been so good in recent years, it can’t keep up with demand.

This led the company to actually scale back on advertising last year, in an attempt to slow sales and buy time to ramp up production. “We feel we need to invest in some breathing space,” Lego Chief Financial Officer John Goodwin said in a statement.

So the question remains, is it strange that Lego would try to put the brakes on all that momentum?

“Not necessarily odd, but I think it’s very representative of the development of a large corporation,” said Stephanie Wissink, a toy industry analyst at Piper Jaffray.

Up until this point, Lego has been able to increase production relatively organically, and it’s simply shot past that capacity, primarily thanks to a series of savvy branding partnerships.

“Things like “Star Wars” or Minecraft, Marvel, partnerships that they have with large media companies where they’re able to piggyback,” Wissink said.

That turnaround was characterized by unprecedented growth, including increases in revenue of 15 percent per year for the past 12 years. That’s unheard of, says BMO Capital Markets analyst Gerrick Johnson.

“They sell a plastic brick,” he said. “There is no patent protection on this brick, anyone can make this brick. Yet the fact that they have been able to grow demand for that long is a tribute to their innovation.”

Normally, Johnson notes, kids grow up, toys fall out fashion, but “I’m not sure you’re going to see a sales collapse with Lego.”

The company is in the process of building its first factory in China. Lego also hired some 3,500 employees in the first half of the year, increasingly its global workforce to 18,500 worldwide.