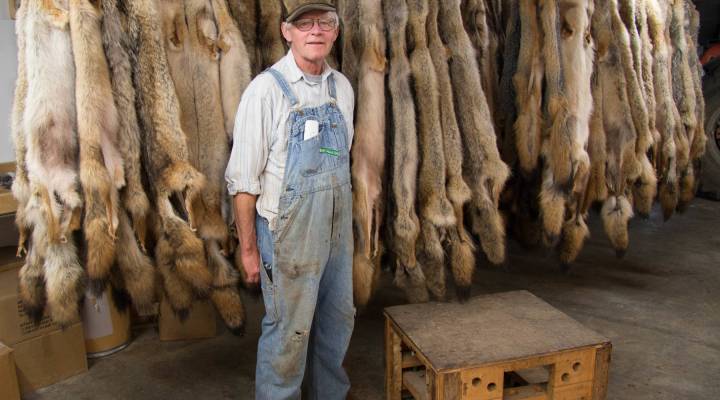 Catching raccoon is all about location, and David Schlemeyer is slogging his way to a primo piece of trapping real estate. It’s a little pond in the backwoods on his neighbor’s land outside Columbia, Missouri. Raccoons come here to scavenge food.

“I’ve probably caught seven or eight raccoons right here this year,” he says as he checks his traps. Today, they sit empty.

Raccoons are pests for Schlemeyer’s farmer neighbors; most of the traps he sets are on their properties. Despite the day’s bad luck, he’s caught about 80 raccoon in this year’s trapping season. The question now is what to do with them.

Normally he’d skin and dry the furs and sell them to a fur buyer. But in the past two years, the market for raccoon furs has all but dried up.

Miller’s got 25,000 raccoon furs in freezer storage right now, and he hasn’t been able to sell a single one in two years. There’s a reason the bottom has dropped out of the raccoon market: Russia and its oil-dependent economy.

That’s a problem because Russia is a huge market for raccoon furs. The reason is that raccoon resembles silver fox but comes at a fraction of the price. When the Russian economy took off in the late 1990s, so did demand for fur coats from the country’s emerging middle-class.

One of Doren Miller’s freezers where he is storing about 400 of the roughly 25,000 raccoon furs he has on hand at the moment. He hasn’t sold a single raccoon fur in the past 2 years.

Russia’s growth was slowed during the global recession and came to a screeching halt when oil prices plummeted in the last couple years. Tack on international sanctions over the Crimea conflict, and for the average Russian prices have gone up and salaries have gone down.

“You go into a store and you look around and you can’t afford the things you used to be able to afford,” Oliker said. That means less money to buy a new fur coat.

For a sense of how that’s affecting the raccoon fur market, consider the North American Fur Auction, the largest wild fur seller in the world. As recently as 2013, raccoon furs were selling for an average of about $25 apiece.

This year, they’re averaging about $4.

“It’s really just showing it hit a wall,” Rob Cahill said, the auction’s vice president of marketing. “The market was almost entirely the Russian market, and then once you lose that one market, the game’s up.”

“At this point today, I don’t think I could sell a raccoon pelt to anybody. It’s about as bad as it gets,” Doren Miller said with a chuckle.

“It’ll come around,” he added. “It’ll be good one of these days again. People love fur.”

He and other fur buyers are waiting for the next market to open up. Unsurprisingly, they’ve got their eyes set on China. 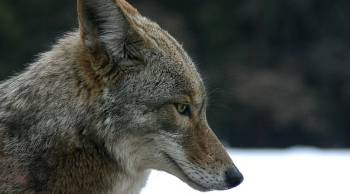