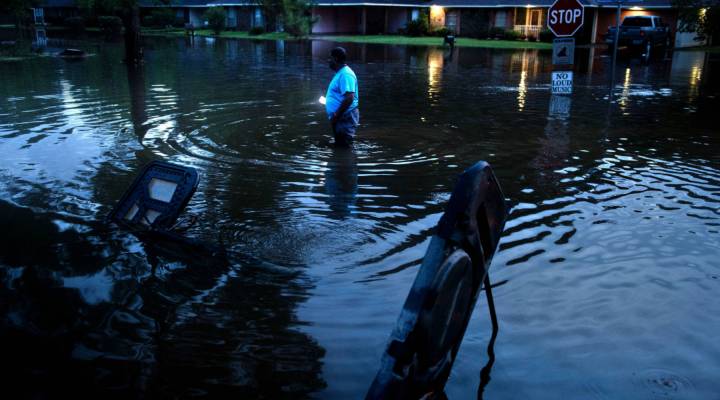 As communities in Louisiana deal with the aftermath of disastrous flooding, attention is being given to the looming challenges for a federal program that provides insurance compensation for victims. The National Flood Insurance Program is more than $20 billion in debt, owing in part to a spate of heavy flooding around the nation in recent years.

A lot of payouts from the program have gone to the same properties time and again, according to a recent report released by the Natural Resources Defense Council.

“The properties themselves represent about 0.6 percent of all flood policies in the nation, but account for over 10 percent of the payouts, so this is a significant problem that the National Flood Insurance Program faces,” said Joel Scata, an attorney for the Natural Resources Defense Council’s water program.

About 2,100 properties have been flooded more than 10 times. One Louisiana home flooded 40 times. Since 1978, payouts for these frequently flooded homes have totaled more than $5.5 billion.

Scata said repeated payouts are untenable, especially with sea level rise on the horizon. He said the NRDC recommends revamping the program to buy out flooded homeowners at pre-damaged values.

“That would be hopefully enough for them to find another house elsewhere outside of danger,”he said.

The NRDC estimates the cost of mitigating insured properties in at-risk areas would total about $2 billion.

Larry Larson of the Association of State Floodplain Managers said it’s important not to heap all blame on homeowners, many of whom may be unaware of the risks when they buy their homes.

“It’s really the communities’ decision makers on where they will allow development to occur and how that development will occur. That’s where the real tools lie to prevent future flood losses,” Larson said.

Larson said his organization supports allowing premiums to rise closer to actuarial costs. That’s just one of a slew of suggestions Congress will consider as the National Flood Insurance Act comes up for reauthorization next year.