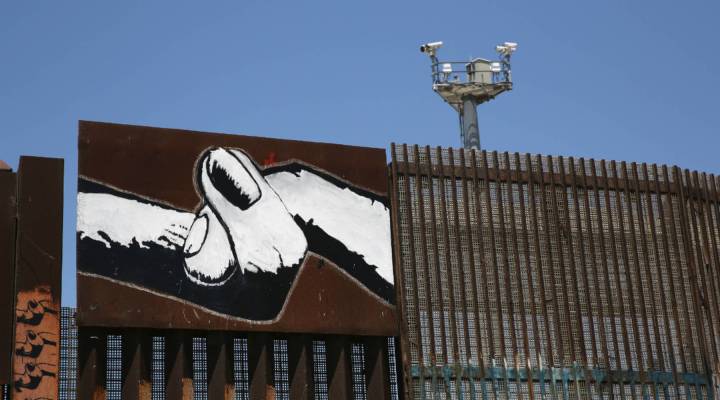 Republican nominee Donald Trump continues to add details to his policy proposals, but one thing has stayed consistent — his plan to build a wall along the border with Mexico.

But some border communities are actually working to increase ties with Mexico. In San Diego, an airport terminal on the U.S. side lets people walk directly into the airport in Tijuana, just across the border. The bridge is an example of just how badly the cities of San Diego and Tijuana want to boost cross-border business and tourism.

And not just for tourists. Hector Garcia lives in Tijuana, but commutes to work in San Diego.

“It’s much better to work in the U.S. than in Mexico,” he said as he briskly walked toward the pedestrian crossing on a rainy morning.

Garcia has a factory job doing quality control, and said the conditions, hours, and pay are better on the San Diego side.

Andrew Selee of the Mexico Institute at the Wilson Center said people who live near the border think differently about it than those in the rest of the country.