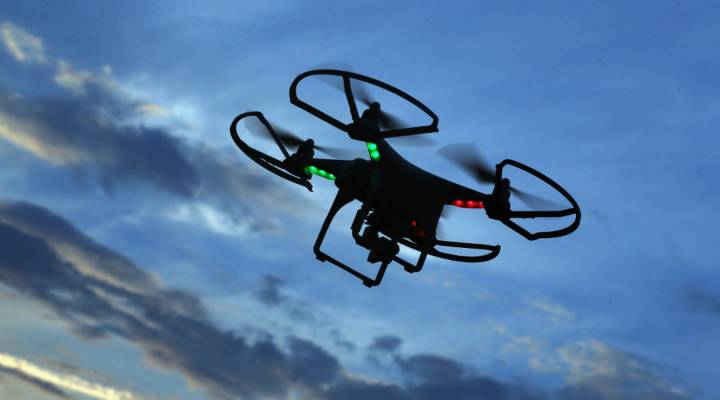 COPY
A drone is flown for recreational purposes in the sky above Old Bethpage, New York. Bruce Bennett/Getty Images

A drone is flown for recreational purposes in the sky above Old Bethpage, New York. Bruce Bennett/Getty Images
Listen Now

The Federal Aviation Administration’s new rules on commercial use of small unmanned aircraft systems, or drones, take effect Monday. The regulations, announced in June, apply to drones weighing less than 55 pounds. Commercial drone pilots must take a test, at one of the FAA’s 689 testing centers, to get a remote pilot certificate.

But know this: If the terms “density altitude” and “temperature inversion” mean nothing to you, you’re probably going to have a hard time passing this test.

“We have a lot of students who got their private pilot license in the late 70s or 80s, and they’re coming back and studying this stuff for a second time,” said Alan Perlman, founder of Drone Pilot Ground School, an online prep course for the new FAA exam.

The exam is 60 questions, multiple choice. More than 3,300 people have signed up, according to the FAA.

“Many more people should be able to qualify to operate a drone,”  Michael Sievers, an attorney at Hunton & Williams specializing in drone regulations, said. That includes farmers looking to survey crops, and building inspectors.

Sievers said one thing the new rule doesn’t require “is lots of time with hands-on training operating the actual aircraft.”

He said that’s probably because drones are simpler to operate than full-size aircraft.