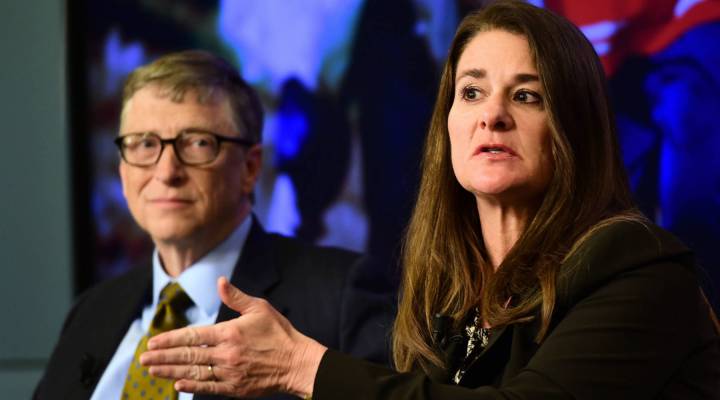 COPY
Bill and Melinda Gates, founders of the Bill & Melinda Gates Foundation, take part in a discussion organized by "The Economist" about expected breakthroughs in health, education, farming and banking. EMMANUEL DUNAND/AFP/Getty Images

As kids continue heading back to school, the new book “Policy Patrons” looks at what many see as the outsize role of private philanthropy in public education.

Groups like the Bill & Melinda Gates Foundation and the Eli and Edythe Broad Foundation have spent billions of dollars to promote causes like high school and college completion, charter schools, and the Common Core standards.

“Policy Patrons” author Megan Tompkins-Stange, who interviewed dozens of foundation insiders for her book, sat down to speak with us about the ways philanthropic groups are shaping education policy.

On the major philanthropic players and how they influence policy:

Currently, there’s a new generation of philanthropic players, and the ones I write about in my book are the Gates Foundation, the Broad Foundation, the Kellogg Foundation and the Ford Foundation. The new generation being more the Gates and Broad, the older generation being Kellogg and Ford. And they’ve shaped education policy a lot in the last two decades in particular. Moving policy very quickly, partnering with elites in public office, and bringing all their resources – significant resources — to bear on very specific policy goals and often working together to do that.

On private-sector leaders involved in philanthropy:

There’s been a lot of interest and influx of new professionals who have backgrounds in managerial context — whether that be finance or banking, what have you — and have those values of really wanting effectiveness and efficiency, and [are] focused on impact as sort of the holy grail above all. But I think what often happens – and I’ve been seeing this for 15 years – is that those same values don’t always translate wholesale into education or into the social sector more broadly. One of the examples is an effort that’s been going on for almost two decades to build a lot of charter schools and scale them. And doing research on this 10 years ago, we were seeing…philanthropists who were expecting charter schools to replicate themselves — 25 schools in five years. Really, really aggressive scaling goals. And that just didn’t work.

On whether the influence of these groups is good for democracy:

I think there’s definitely two sides to the issue. One is that these philanthropists are providing capital that otherwise wouldn’t be there, and in some ways, they’re creating a lot of change and they’re shaking up a system that’s been stymied for a long time. On the other hand, which is more where I fall, I really think that no one or two or three or handful of private individuals, private organizations should have that much power over any public domain. 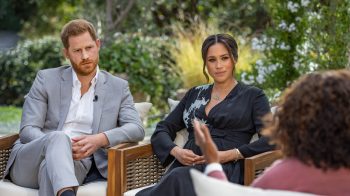