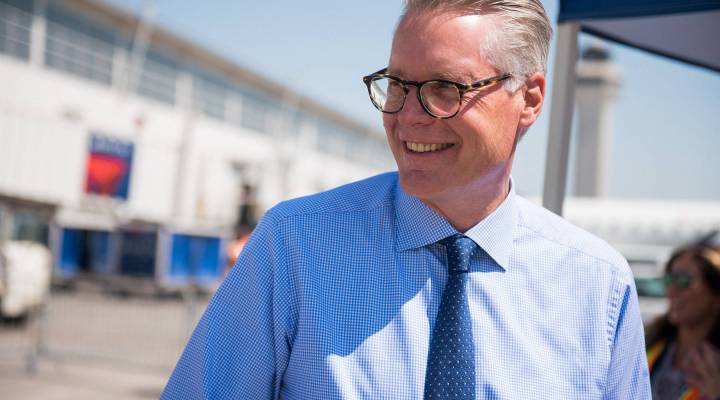 Back in May, Delta Air Lines got a new CEO. He came with a familiar face. Ed Bastian was the company’s CFO whose career highlights included leading Delta through bankruptcy and restructuring years before.

But before he did that … Bastian quit Delta.

“We had pilots taking paycuts up to 50 percent voluntarily. These were not court imposed, this was before the company filed for bankruptcy. And given the size of the investments and sacrifices the employees were making, I thought the company wasn’t being as prudent as they needed to be with those sacrifices in terms of how they were reinvesting them.”

Today, he says Delta is back on track, in part because they’ve gotten out of the cheap ticket race. “We’re not a low-fare airline. That’s not who we are,” says Bastian. “We can’t turn around and become Southwest or JetBlue. We gotta be Delta.”

Bastian became CEO right ahead of the 2016 summer travel season, which some predicted would be unpleasant. Airline passengers were told to expect delays at TSA security checkpoints and screening.  Delta announced early on that they’d be partnering with the TSA to help alleviate the strain on the system. It seems to have worked.

“In fact, the meltdown that people were anticipating TSA was going to have this summer didn’t happen because at least for us, in our airports, we got very actively involved with staffing – provided them staffing, provided them new innovation equipment, to move people through the lines quicker.”

For Bastian, this was a business decision, “because consumers don’t distinguish when they’re going through TSA from the airline from the government. It’s all one experience.”

One of the innovations Bastian was referring to is a new way of setting up the screening lines that all ticket holders have to pass through to get to their gates. Delta’s version is up and running at the Hartsfield-Jackson Atlanta International Airport – it’s no coincidence that that Delta’s headquarters are literally just next door.

Delta’s new security lines, which they call “innovation lanes” have a few key differences from their traditional counterparts. Instead of standing in a single file line to get a bin for their shoes and toiletries and then place it on a conveyor belt, passengers fan out to five different points on the line. That means one slow passenger won’t hold up the entire line.

In addition, Delta has automated the bins to run in a steady stream below the conveyor system so that a TSA employee no longer has to transport the bins themselves and passengers are never waiting for more to arrive.

Here’s a Guide in GIFs to explain:

To listen to the full interview, subscribe to the Corner Office podcast on iTunes.