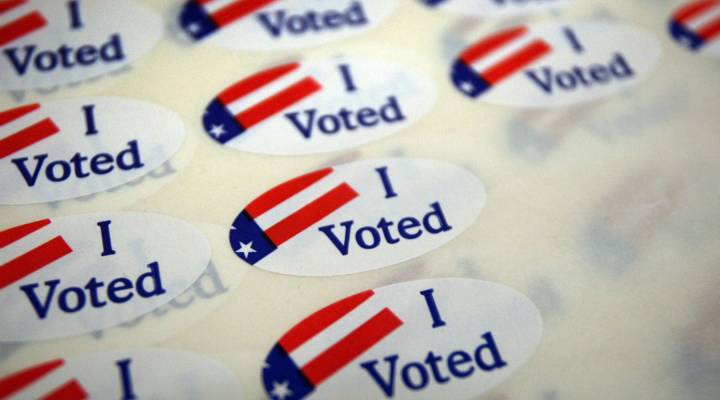 COPY
In many other countries, elections happen on the weekends. David McNew/Getty Images

In many other countries, elections happen on the weekends. David McNew/Getty Images
Listen Now

France, Germany, Switzerland, Brazil and Japan are among the countries that don’t schedule election days during the normal workweek. In those countries, as in many others, the general election happens on a weekend. Not in the U.S., where we have to figure out how to manage the boss’ demands and school schedules.

Noah Fradin is the founder of a campaign called Take Tuesday, which is trying to persuade U.S. companies to give their employees time off to vote. He stopped by to chat with Marketplace Morning Report host David Brancaccio about our country’s voting schedule.

On what companies should do for their employees:

I think, ideally, giving a whole day off is great. We also ask if they’re not going to give a whole day off, that they give a substantial amount of time in the middle of the day. There are a lot of structural barriers in the way of people wanting to vote. And one of the big ones is just the fact that we vote on a weekday, which is a workday for most people. We vote on a Tuesday. It’s an outdated practice, and a recent poll has shown that 35 percent of people who didn’t vote didn’t … because they had conflicts with work or school. And if so we can eliminate some of those conflicts for people, we think that we can increase voter turnout pretty substantially.

On the benefits of giving people the whole day off:

There are a lot of people in a lot of countries that vote on a weekend and they still go and vote. I mean, their numbers are much higher than ours. Over 50 percent of the people don’t vote in the U.S. right now. The other benefit of giving people the whole day off is that they’re not voting just at the beginning or the end of the day. And there was an MIT study recently that showed that long lines disproportionately affect minority populations and lower-income populations. And so if we can let people sort of spread out in terms of when they vote, we’ll hopefully have a more representative election and we think that’s the best election.