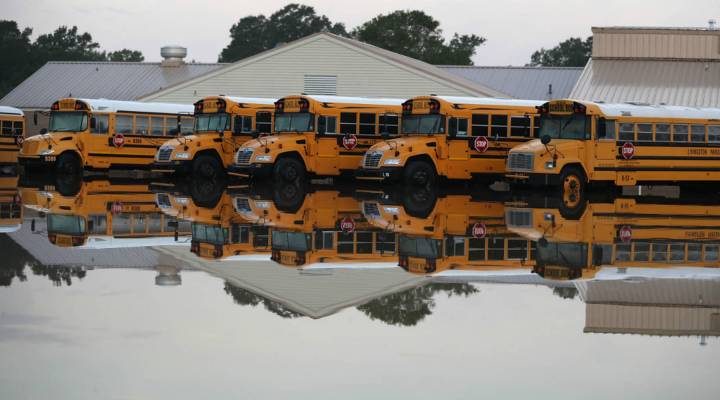 President Barack Obama is expected to visit Louisiana on Tuesday to survey the damage from the historic recent flooding in the state. Meanwhile, schools are continuing to reopen this week, though some are expected to remain closed for several more weeks.

Drying out buildings is just one step toward getting back to normal. An estimated 4,000 teachers, custodians and other staff have been displaced from their homes, according to the Louisiana Department of Education.

Schools in Tangipahoa Parish, east of Baton Rouge, had been in session for just one day after the summer break when the floodwaters came. A week and a half later, classes are expected to resume Wednesday.

“It’s like having the first day of school all over again,” said Dina Esquinance, president of the Tangipahoa Federation of Teachers.

More than 130 school employees in the parish were affected personally by the flooding, she said. She’s spent the past week helping some of those teachers recover.

Even when school buildings are operational, the bigger challenge is staffing them, said John White, state superintendent of education.

“We’re now in a situation where nearly a tenth of the teacher workforce in Louisiana, as well as bus drivers, cafeteria workers and such, was affected by this,” he said. “They need to get their lives in order in order for them to focus on the lives of their children.”

School systems are working directly with the Federal Emergency Management Agency to find temporary housing for teachers, he said.

The toll on students goes well beyond missed days of instruction.

“Trauma has a long arc,” White said, as people in storm-ravaged Louisiana know too well.