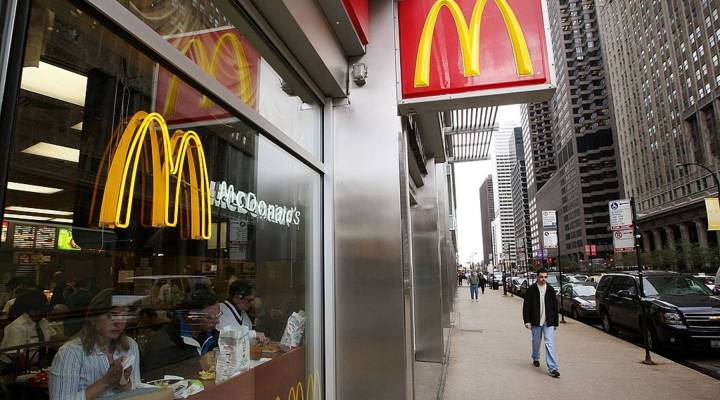 In several cities Ocean also gave away physical copies of the album with a zine called “Boys Don’t Cry.” That zine, which is going for hundreds on eBay, includes a poem by Ocean collaborator Kanye West, all about McDonald’s. We’ve printed the whole thing below, but you should really just hit the audio player above to hear Kai read it.

Here’s an illustrated version for good measure. In a statement to Time, a McDonald’s spokesperson had this to say: “We’re lovin’ the love for McDonald’s World Famous Fries and Apple Pies. Like the beef in our burgers our love for our fans’ creativity is 100 percent.” It’s not quite as stiff as Red Lobster’s response to Beyonce’s “Formation” but it’s close.

One last strange wrinkle to this story: Pusha T — West’s frequent collaborator, head of West’s label G.O.O.D. Music and recent Marketplace Quiz guest — is the disputed writer of McDonald’s “I’m Lovin’ It” jingle. What a world.