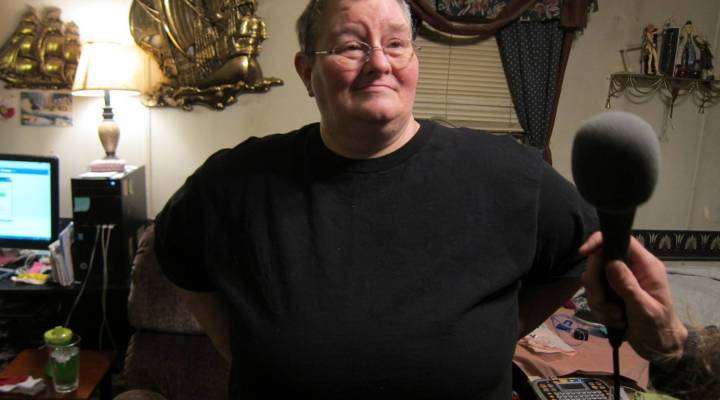 Josephine Moore at her home in West Virginia. Gina Delvac/Marketplace

Josephine Moore at her home in West Virginia. Gina Delvac/Marketplace

Ed note: After President Bill Clinton signed a bill that “ended welfare as we know it” in 1996, major changes occurred in who could receive cash assistance and how states could spend their welfare money. We explore the uncertainties of welfare in the first season of  The Uncertain Hour podcast.  Along the way, we met a lot of people who changed, or were changed by, welfare.

About 20 years ago, right after welfare reform, Marketplace followed Josephine Moore—Jo for short—from welfare to work.

We decided to track her down  to ask her how the last two decades have gone for her and her family. She lives on a stretch of mountain in West Virginia that her family has owned for generations.

Jo said she never returned to welfare, but the family has still struggled to make ends meet, at times resorting to selling blood plasma for a little extra cash.

Jo is incredibly close with her family. Five extra mattresses are stacked up in her two-bedroom trailer, just in case her kids or grandkids ever need a place to stay. Jo’s children jokingly refer to her as “Jim Bob” because she has been both a mother and a father to them. The story goes like this: when one of Jo’s kids was young, someone asked him what his father’s name was. The child answered: “Jim Bob,” and it became Jo’s nickname.

Listen to the rest of Jo’s story in episode two of The Uncertain Hour: