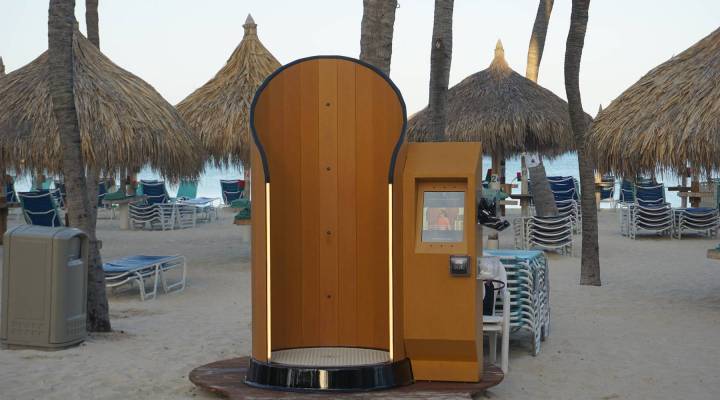 People are taking in the last rays of summer, but others may be soaking up too many. According to Snappy Screen founder Kristen McClellan, a major problem is that people are not reapplying sunscreen enough (or not applying at all in the first place). So, she was determined to fix the problem and invented a machine that applies sunscreen for you, in less than 10 seconds.

On where her inspiration came from:

I am the younger sister, and my older sister she is a horrible sunscreen applier. So when we’d go on family vacations, she’d still end up with a streaky handprint or the under arm marks were always classic and so she was like ‘there’s gotta be an easier way’ and at that moment it just came to me.

On creating the Snappy Screen machine:

So I started Snappy Screen as a freshman at Cornell University, I was 19 at the time, I couldn’t rent a car so I convinced my dad to drive me to a guy in New Jersey’s house to purchase a spray tanning booth, which I wasn’t an engineer so I learned off of it. I put it back together in a backyard; that was really kind of the first place that I learned.

So I needed up joining the E-Lab on Campus, the business incubator on campus, I went on the create two additional prototypes while I was at Cornell and run my first trial period at the Aruba Marriott and there we had about 400 people use that device in four days so at the point I kinda knew that this wasn’t just a problem for my sister and I, it was a problem for a lot more people, and I decided from there not to apply for jobs and just straight into the business after I graduated.

On people skeptical of spray-on sunscreen:

There are definitely those out there, I would say in the industry though the biggest problem is both reapplication and even coverage, there aren’t many people that apply sunscreen correctly, actually only about 20 percent of people come close. So for parents, Snappy Screen really is a great thing for them. Kids love it, they love a new piece of technology, if we’re able to get kids excited about putting on sunscreen, I think that’s a huge win. 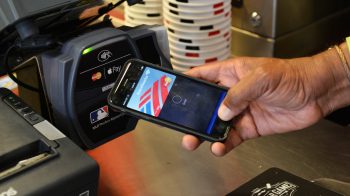