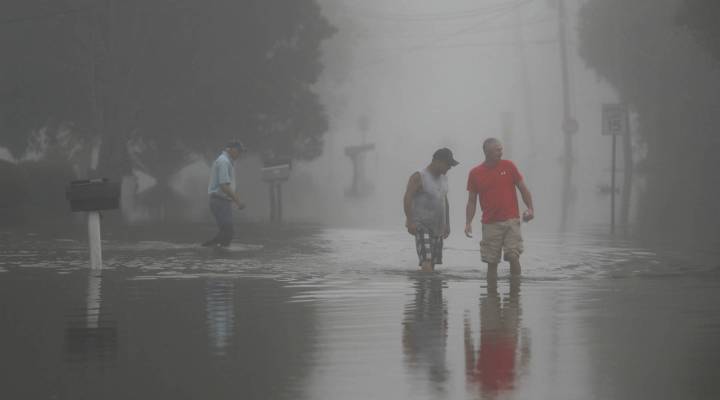 The Louisiana Department of Insurance says only about 20 percent of homes in the state were covered by flood insurance in July 2015. You only have to buy it if you’re in a flood-prone area.

For some low-income homeowners, flood insurance is just too expensive.

“What might be affordable to some is not affordable to many that live in flood-hazard regions,” said Rob Hoyt, a professor of  risk management and insurance at the University of Georgia.

Hoyt said Louisiana homeowners did buy flood insurance after Hurricane Katrina, but they may have let it lapse.

“People like to live close to water and much of the development in the U.S.  has been in harm’s way,” he said. “So the exposure, unfortunately, continues to grow.”

Homeowners in those areas are a burden on the federal government, even if they are insured. Because flood insurance is backed by Uncle Sam.