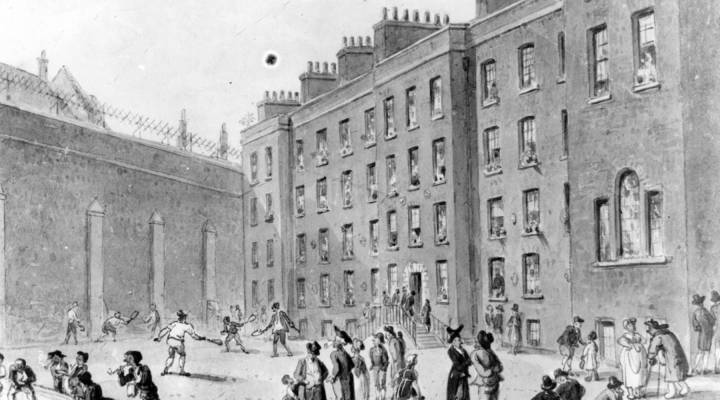 A new VICE documentary out this week looks at a growing trend of cities and counties that are increasingly writing tickets for so-called “quality of life” offenses, from traffic violations to backyard barbecues. Some of those who can’t pay the fines face jail time, which has communities saying governments are effectively criminalizing poverty. The two-part documentary, called “Justice: Debtors’ Prisons,” investigates how local governments lock up and extort the poor, and takes a look at what it’s like to get caught in the country’s private probation trap.

James Burns, the director, joined us to talk about the modern-day debtors’ prison.

On why citizens are ending up in these prisons:

I traveled to St. Louis County where there are 90 municipalities. These municipalities are essentially generating revenue from their citizens by fining them by citations. They’re giving them exorbitant fees that they’re not able to pay, and therefore they end up going to jail because they can’t afford to pay those fines.

On how debtors’ prisons work:

If you’re maybe caught speeding or maybe you ran a stop sign or something, you get pulled over [and] you get issued a ticket. You know, you’ll go to court to pay that ticket and if you can’t pay, you’re then threatened with jail. And if you don’t show up in the next court appearance with some money, then they’ll arrest you and take you away for not being able to afford your ticket. That could be a monumental problem for a poor person who can’t afford to pay that. When they walk into the court and they can’t pay and they end up going to jail, you’re essentially criminalizing poverty.