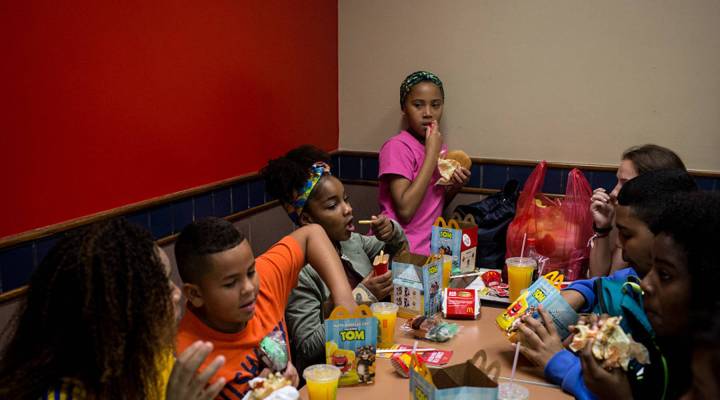 Update: McDonald’s announced it was removing the trackers from Happy Meals Thursday amid concerns the plastic band could irritate children’s skin.

I’ll preface by saying I know sometimes I come off as cynical, maybe too cynical.

That said, it’s hard not to raise an eyebrow at this: McDonald’s is gonna put fitness trackers in its Happy Meals. The toys are timed for the Olympics, and they’ll count steps or blink faster or slower depending on how quickly the kid wearing it moves around.

The wearables, called “Step-It,” are inspired by the likes of FitBit and the Apple Watch. It’s not McDonald’s first foray into tech-y Happy Meals either — the company gave away Google Cardboard-style VR goggles in Sweden earlier this year.

As for the trackers, one reporter noticed they counted eating McDonald’s as an activity.

My motion activated ‘Step It’ says I’m being active while grabbing some @McDonalds fries @CityNews pic.twitter.com/9jqU0ID0rV