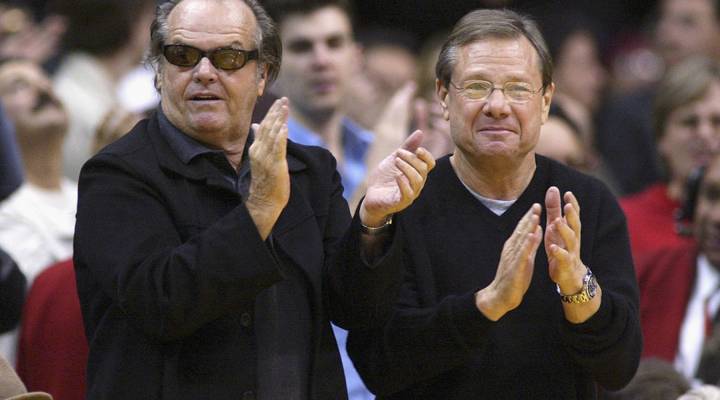 When you think of the modern day talent agent — to the extent you do — it’s probably a version of the Ari Gold character from Entourage. It’s the always looking for a deal, do anything to keep your star client happy talent agent.

Turns out, that’s not far from the truth.

The modern talent agent is largely a creation of the past 40 years in that industry, a four decade span that saw the creation, the stumble and the return to prominence of Creative Artists Agency (CAA for short).

CAA was founded by five men, including Michael Ovitz and Ron Meyer who got fed up with the old guard at the William Morris Agency.

James Andrew Miller has a new book out, an oral history of the company, called “Powerhouse: The Untold Story of Hollywood’s Creative Artists Agency,” and spoke with Kai Ryssdal.

Ovitz, he is a complex figure. When the agency was formed in 1975, he was the youngest and least experienced. And yet, within the decade, he was being touted as the most powerful man in Hollywood. So what you’re talking about is a guy who never slept, was incredibly driven… and was quite — not to stereotype a word — you know, Machiavellian about the way he went about business.

On the current business of ‘agenting’:

It’s no longer enough for these agencies to just talk about a TV part or a movie part. A lot of actors and actresses want — and they use the word — their ‘brands.’ And just a little postscript that says something about the kind of crazy world of agenting, when I interviewed Eva Longoria this year about CAA and all the things they do for her — well lo and behold, in the past month she’s left them.

[Update: After this story aired, a representative of CAA wrote to say Eva Longoria is still a CAA client.]

On the expanding role of talent agencies:

The fact is that these are big corporations that have worldwide presence. I mean, CAA is in China and India… And so we have to stop thinking of them as these shops where, you know, Morty is sitting there with a cigar and his feet are up on the desk and he’s saying ‘Come on let’s do this deal for so-and-so.’