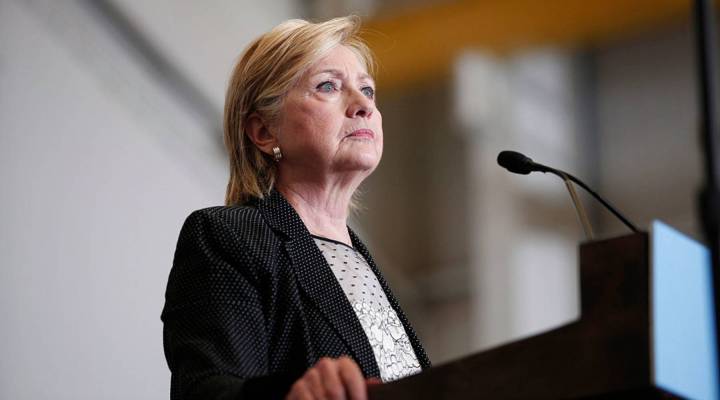 COPY
Democratic presidential nominee Hillary Clinton plans to tax corporations that move jobs outside of the country to pay for her initiatives. Bill Pugliano/Getty Images

Democratic presidential nominee Hillary Clinton plans to tax corporations that move jobs outside of the country to pay for her initiatives. Bill Pugliano/Getty Images
Listen Now

Democratic presidential nominee Hillary Clinton went deeper into her economic proposals in a speech just outside Detroit on Thursday. She promised that if elected, she would push for free college for middle-class kids, investments in major infrastructure programs and broadband for all by 2020, among other things.

To pay for all these initiatives, Clinton said, “We will fight for a more progressive, more patriotic tax code that puts American jobs first.”

Clinton plans to tax corporations that move jobs outside of the country, plus make them pay back any tax credits or incentives they had in the past. Additionally, she wants more taxes on the very wealthy.