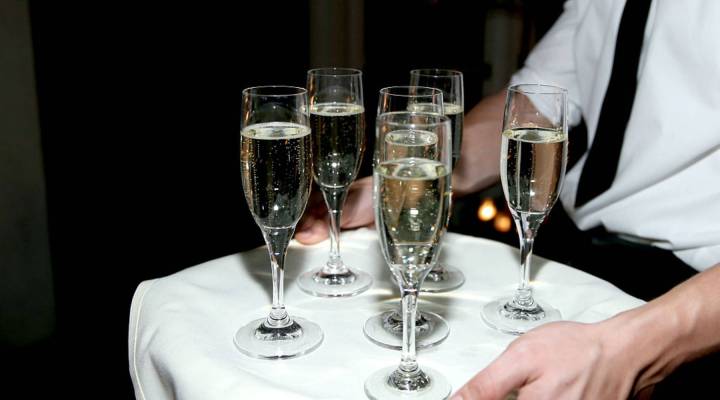 COPY
Can you afford a $2,000 dinner? Jonathan Leibson/Getty Images

Can you afford a $2,000 dinner? Jonathan Leibson/Getty Images
Listen Now

The tech boom has reshaped the Bay Area’s local economy. Everything from real estate to local eateries have been subjected to an excess of wealth pouring in from Silicon Valley’s elite. For a family of four to live comfortably in the area, the cost of comfortable living has been estimated at around a $200,000 annual salary. Even still, that amount is not nearly enough to enjoy dinner at the trendy neighborhood restaurants.

Daniel Duane wrote about Silicon Valley’s restaurant landscape for the New York Times, and stopped by Marketplace to discuss.

San Francisco has, let’s just say, a very robust building permit and construction planning and approval department and all that which tends to slow down construction. So, just simple math: if your monthly rent is $22,000, a year of waiting for your permits to come through and get construction done while you’re eating that rent puts you awfully far in the hole before you open the door. And your projections on sort of surviving that depend on full house.