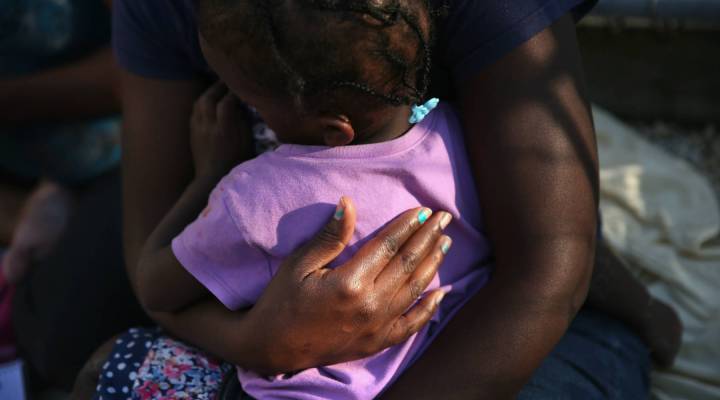 COPY
A homeless mother holds her daughter while at the Atlantic City Rescue Mission in New Jersey. John Moore/Getty Images

A new report released on Monday looks at the country’s racial wealth gap, finding that if current public policies stay the same, it will take more than two centuries for black families to accumulate the same amount of wealth that white families have today. For the average Latino family, it’ll take 84 years.

The study, entitled “The Ever-Growing Gap: Without Change, African-American and Latino Families Won’t Match White Wealth for Centuries,” gives suggestions to close that divide. Some of these policy recommendations include expanding eligibility for the Earned Income Tax Credit, removing barriers to retirement savings, and ensuring every child in the country has a Children’s Savings Account.

Dedrick Asante-Muhammed, the director of the Racial Wealth Divide Initiative at the Corporation for Enterprise Development, and Chuck Collins, a senior scholar at the Institute for Policy Studies, were two of the report’s authors. They joined us to discuss the study’s findings.

Collins on why wealth is used as a measure of racial inequality:

Well, in a way, wealth is where the past shows up in the present. And it’s where we see the legacy of racism in asset building. The French economist Thomas Piketty kind of warned us that we’re moving toward a sort of aristocracy of wealth, but he doesn’t say we’re heading toward essentially a white aristocracy of wealth. So I think that’s the concern we’re trying to raise: Is this really where we want to be heading?

People forget that…the majority of the country didn’t just become homeowners just by accident or just by working hard. It was a federal policy in the ’40s in particular that created homeownership as an opportunity for the majority of Americans, and it was specifically targeted for white Americans. And barriers were put up for minorities, particularly African-Americans, so we have to have some policy focused on bridging this racial wealth inequality.