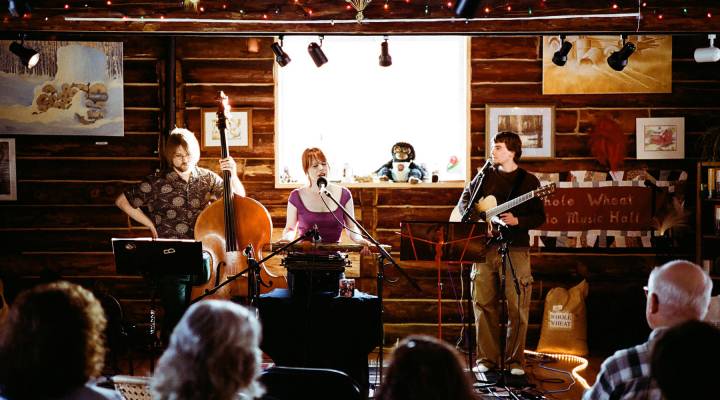 On Twitter this weekend, there was sort of a social media corollary to the politics of the day: Twitter users around the world listed their first seven jobs using the hashtag #firstsevenjobs, Astronaut Buzz Aldrin, late night host Stephen Colbert, actress Mira Sorvino and thousand more shared their first jobs with the world.

It was a meme that struck a chord, fittingly enough, because it was started by a singer-songwriter named Marian Call who lives up in Juneau, Alaska.

It all started when she asked her Twitter followers for help with a new song about work. She asked, “What were your first seven jobs?”

Her favorite response so far?

“There have been a lot of famous actors and entertainers, but I gotta say Buzz Aldrin was the top for me. I was a little jealous that his fourth job was astronaut, I mean I think he started dish washing like a lot of us, but he got there pretty quick, I don’t think I became a full-time musician for maybe my first 25 or 30 jobs.”

What she thinks of the meme:

“I like this hashtag because it’s really individual, it’s about each person’s really tiny journey and you get to see thousands of strangers reflecting on that journey, and about what all those meant. Some jobs you were good at, some jobs you hated, some jobs you learned what it was like to have a bad boss, you learned what it was like to be a great boss, or to be your own boss. They’re surprisingly fun to read, although I also find their really shockingly personal, you get a picture of a human behind each one…but I kinda like it!”

Other notable people who have responded to the hashtag: