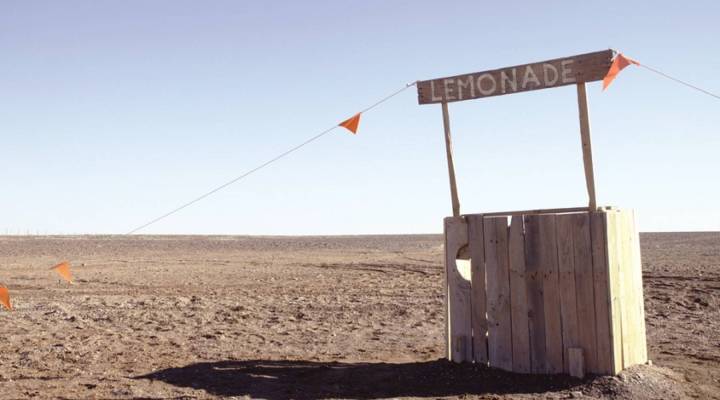 Even the first daughter takes on a summer job. Sasha Obama made headlines this week by getting a temporary gig at the takeout window for Nancy’s Restaurant, an establishment in Martha’s Vineyard.

Six Secret Service agents accompanied the 15-year-old as she performed her duties, according to the Boston Herald. While your past summer jobs probably didn’t involve that much security detail, we wanted to find about your experiences working in food service. How long ago was it? How much did you make? Did you make tips?

Here’s a look at what you told us.

Some of you stuck with classic restaurant chains like McDonald’s.

Some of you were maybe entrusted with a little too much responsibility.

@Marketplace my friend and I were uninsured valets at a $$$ restaurant when we were 16. Friend crashed a Porsche.

Others walked away with some lifelong friends.

@Marketplace my 1st job, which I could talk about for hours, was a summer gig with a frozen yogurt shop. I still keep in touch with my boss.

@DonnaYTam @Marketplace I’m in the costume, my manager is behind me. Good times. I wouldn’t trade them for anything. pic.twitter.com/ifQs4cLlfQ

While one of you got the greatest perk of all: free ice cream cake.

@Marketplace I used to work at chuck e cheeses, all the free leftover ice cream cake you can eat

@DonnaYTam @Marketplace about 10 years ago. I didn’t make much more than min wage but the benefits were pretty sweet (desserts and games!)

Pizza, pancakes, egg rolls, and smoothies — the types of cuisine you served ran the gamut.

Some of you shed light on how wages have changed over the years.