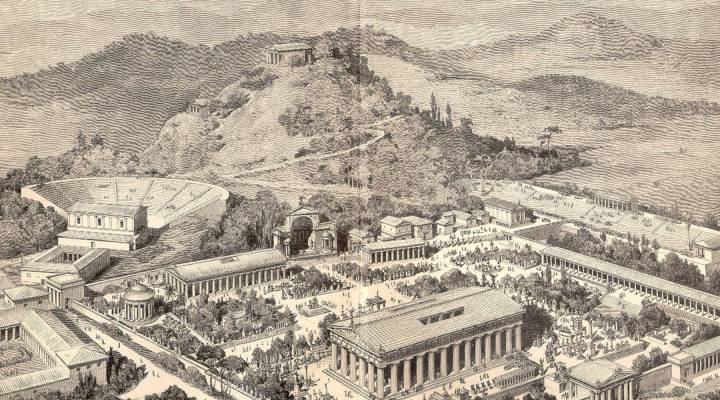 There are allegations that Brazilian lawmakers were bribed to assign lucrative construction contracts to build venues for the 2016 Olympics in Rio — one of the may claims of financial impropriety during this year’s games.

But, according to Nigel Crowther, professor of Classical Studies at the University of Western Ontario, bribes have been part of the games since ancient Greece. He wrote about it for The New Republic and joined the show to discuss the history of bribery and corruption in the Olympics. Below is an excerpt:

Even in a founding myth of the ancient Olympics, bribery played a central role. According to the poet Pindar, the king of Pisa bribed Hermes’ son Myrtilus to tamper with his opponent’s chariot wheels.

During the ancient Olympics, athletes, their fathers and trainers made oaths not to “sin against the games.” But some didn’t take this oath as seriously as others. For example, the travel writer Pausanias wrote about how, in 388 B.C., the boxer Eupolus bribed his three opponents at Olympia. The officials punished all four contestants. Sixty-six years later, a pentathlete named Callippus offered his competitors money to throw the contest in his favor. And, according to the philosopher Philostratus, trainers often lent money to athletes at high rates of interest for the sole purpose of bribery.

Read more from “Since Ancient Greece, the Olympics and Bribery Have Gone Hand In Hand” at The New Republic.