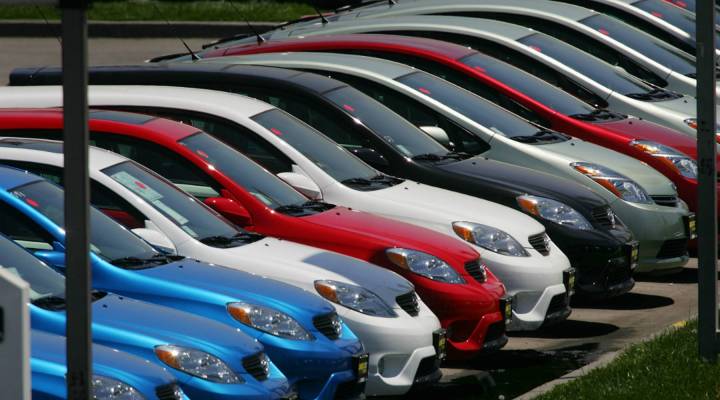 COPY
Toyota sales are down about 1 percent from this time last year. David McNew/Getty Images

Toyota sales are down about 1 percent from this time last year. David McNew/Getty Images
Listen Now

It comes on the heels of its July sales report, which showed that sales were down roughly 1 percent from this time last year. Sales at Ford and GM also fell last month.

It’s safe to say that auto sales in the U.S. are leveling off.

“Yeah, it does look that way,” said Dave Sedgwick, a correspondent for Automotive News. “The economy expands, auto sales go up.  The economy shrinks, auto sales go down. A lot of people believe that the economy in the U.S. is starting to tail off a bit.”

Another roadblock? Leased vehicles are flooding the used car market, taking a bite out of new car sales. But while car sales may have plateaued, they’re still high.

“Plateauing at a level of high 16 million to low to mid 17 million units is still very healthy,” said David Whiston, an equity strategist at Morningstar who covers the auto industry. “So it sort of depends how you look at it.”

Whiston said, remember, sales bottomed out at around 10 million vehicles a year during the recession.