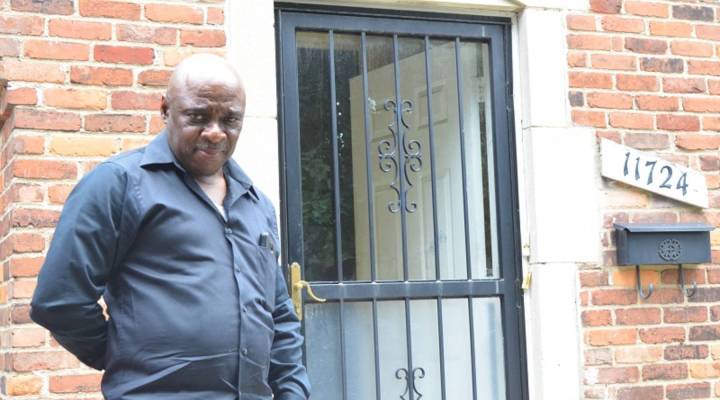 The day Warren Hicks got the foreclosure notice on his front porch, “I knew what was in that yellow package,” he said. “I see them all the time: foreclosure letters. I was embarrassed and furious about it. Then, when I looked down the street, they was on everybody’s door. It was crazy. You know, what’s going on?”

Foreclosures might be leveling off  in much of the country — but not in Detroit, where 15,000 homes are up for tax foreclosure this year. Activists say the government isn’t doing nearly enough to help distressed Detroit residents stay in their homes.

Nearly 40 percent of Detroit residents live below the poverty line. In many cities, poor people rent — but the home ownership rate here is high. After the 2008 housing crash, it took the city of Detroit five years to start reappraising homes — and poor homeowners like Hicks, who lives on disability, struggled to pay their taxes. Over the past decade, there have been more than 100,000 tax foreclosures in Detroit.

“We call it a tsunami without water because it was a devastating experience that occurred here,” said Dave Szymanski, Detroit’s treasurer.

Low-income people like Warren Hicks actually qualify for a poverty exemption and shouldn’t have to pay taxes at all — but, because of red tape, Szymanski explained. “People who could have applied for exemptions and had their taxes waived didn’t take advantage of the program until the taxes were already on the tax roll.”

Szymanski said Mayor Mike Duggan’s been working on legislation to grant those exemptions retroactively. But, for now, homes are on the auction block.

Dianne Feeley, with the Detroit Eviction Defense, said those auctions make very little money. And, she added, vacancies lower home values even more, fueling additional foreclosures. Wayne County is trying to work out monthly payment plans with delinquent homeowners — but, if they can’t make those payments, they’ll be back on the foreclosure list next year.

“It would be better if they used the federal moneys like the Hardest Hit Fund to keep people in their homes,” Feeley said “It’s really not in the interest of the city of Detroit to depopulate these neighborhoods by kicking people out of their homes. It’s senseless.”