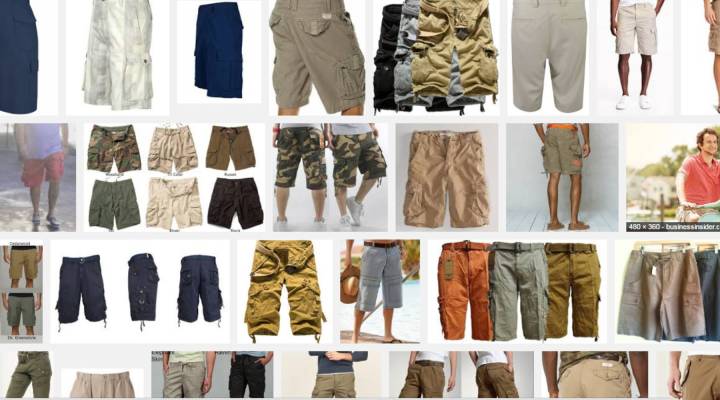 Cargo shorts have allegedly been out of style for years but their baggy, practical grip on men’s fashion may only just be ending, the Wall Street Journal reported Monday.

Year-over-year sales have fallen for the first time in a decade, but Americans are still willing to reach into their deep, deep pockets and shell out for a pair. Retailers are still moving about $700 million worth of cargo shorts per year, according to the analysts at NPD.

The Journal story traces cargo shorts’ history from WWII soldiers to 2000s malls. From there they follow a similar path to skinny jeans for women: the fashion world is ready to move on, but a stubborn consumer base keeps clinging on. That said, skinny jeans aren’t quite as controversial.

“Relationships around the country are being tested by cargo shorts,” according to the Journal. The publication interviewed four couples who have reckoned with the cargo shorts issue. One women quietly donated and tossed 15 pairs in 11 years before her husband figured out what was happening, and now he’s forced to hide his last pair. The men say nostalgia, comfort and practicality keep them wearing cargo shorts — one compared them to a purse — while their partners try to nudge them toward something with fewer pockets.

The whole story is really worth a read, but here’s two of the best excerpts.

Through what Ms. Anderson described as “strong mocking,” she convinced [her husband] to return the shorts. She said she doesn’t like the idea of being seen in public with her husband when he’s wearing cargo shorts, which make him look like “a misshapen lump.”

Another man said he tries to only wear cargo shorts when he’s alone, working from home.

Mr. Lommel’s wife, Lyndsay Peters, disputes the idea that he tries to wear cargo shorts only when she’s not around. “I wish that were the truth,” she said. “If he was only wearing them when I could not look at him, that would be perfect.”

Cargo shorts may finally be on their way out, but a few experts warned that fashion is cyclical: They could come back into style soon, and a bunch of stubborn men may have schlub’d their way to the other side.