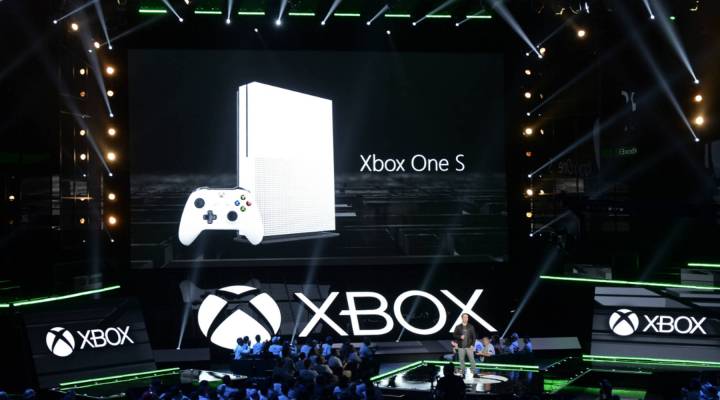 The Xbox One S is smaller and lighter than the original version.

Right now, Sony is winning the console wars, where the annual market is estimated at $20 billion a year.

But the PlayStation 4 is nearly three years old.

Dean Takahashi with GamesBeat said Microsoft could benefit from offering something new at the right time.

“Microsoft is in second place to Sony’s PlayStation 4. So introducing something in the middle of the cycle will help lift sales and that’s good for Microsoft,” he said.

The console comes with something Sony can’t offer: controllers that can also be used with PCs.

The addition could be a strategic advantage for Microsoft.

“It showed me that they get it,” said Wedbush Securities analyst Michael Pachter. “I was kind of wondering when the console manufacturers would recognize their days were numbered.”

Pachter said he believes gaming will continue to shift to PCs and mobile, and Microsoft gets that consoles will just be something else to dust.

But since most games will still need controllers, Pachter said that means profits in hand for the company.