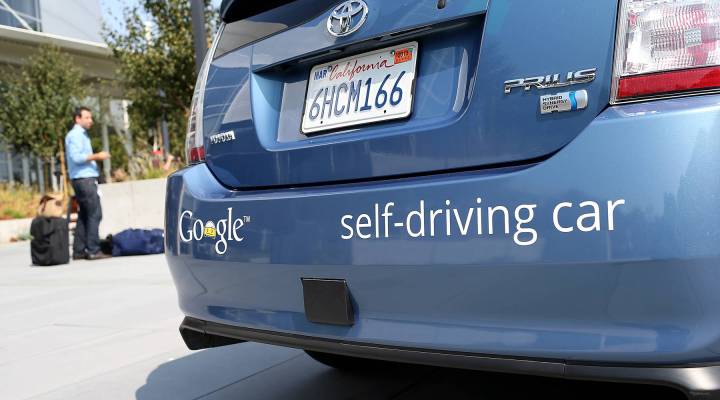 Last year, car insurance companies raked in over $200 billion in premiums, about a third of which were collected by the property-casualty industry. However, the car insurance business has a huge blindspot: the self driving car. Autonomous vehicles could put a significant dent in the insurance industry, which has led some companies to do everything they can to protect their profits from a wreck.

Leslie Scism is a news editor at The Wall Street Journal, and wrote recently about the threat of driverless cars to the insurance industry.

Scism on the impact of driverless cars on insurance companies:

Car insurance right now largely exists to pay out for wrecks. So if driverless cars live up to their potential, and there are many fewer wrecks, then a lot of the reason for being is gone for the car insurance companies. A lot of people assume that if accident frequency drops tremendously, that the car insurance would still be needed to pay for some damage to the cars. The issue arises: what if these driverless cars malfunction, or what if the software is hacked? The thought is that you would still need some kind of insurance. Would it be paid by the driver or would the car companies and the other gearmakers have to take on more product liability insurance to cover those events.

State Farm is the nation’s biggest car insurer with about an 18 percent market share. State Farm is a founding partner, and sits in a leadership circle at the University of Michigan’s mobility transformation center which runs one of the nation’s leading test sites for driverless car gear. So State Farm is right there in this inner circle getting a first hand look at the technology as it’s being developed. That’s a very enviable position ‘cause it can figure out if it has to shift what it’s insuring. Its got an early look at how this shift is gonna occur.