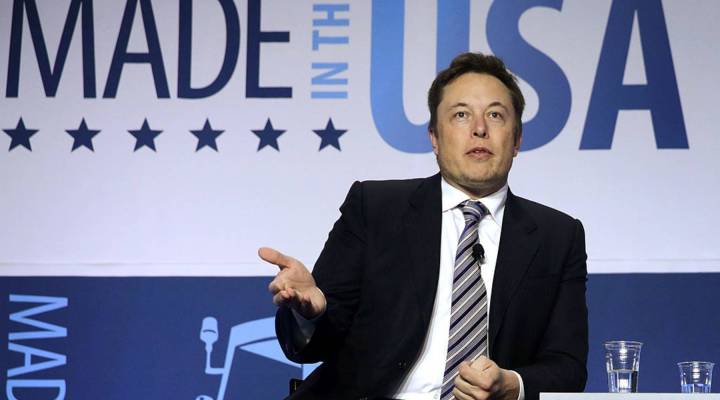 The all-stock purchase is equivalent to $2.6 billion and the companies estimate the merger will save them $150 million in the first year.

Musk’s companies have some complicated family and board relations. Musk is at the helm of both Tesla and SolarCity; as chairman and CEO of Tesla and chairman of SolarCity. Musk’s two cousins serve as CEO and CTO, as well as directors, for SolarCity, and Musk already owns nearly a quarter of the company’s stock.  Musk’s other brain child SpaceX also has family and board ties. The Wall Street Journal  has a nice venn diagram of the various connections between the three companies. It’s unclear how these various ties may affect a merger.

Tesla and SolarCity said in a joint statement that the merger will bring lower hardware costs, which means cheaper products for customers. That may be good news for motorists with eyes on Tesla’s electric cars. Tesla said it wants to expand its network of charging stations for its cars and integrating SolarCity and its solar storage products into its production will cut costs.

“By joining forces, we can operate more efficiently and fully integrate our products, while providing customers with an aesthetically beautiful and simple one-stop solar and storage experience: one installation, one service contract, one phone app,” a joint-statement reads.

When news circulated last month that Tesla was interested in buying SolarCity, there was speculation about why Musk wanted to combine the two money-losing companies.

“The ‘why now’ could be because Elon thinks shares are undervalued,” Ben Kallo, senior research analyst at Robert W. Baird, told Marketplace in June. “So, now’s the right time to buy it versus the market recovers a bit and it becomes more expensive.”