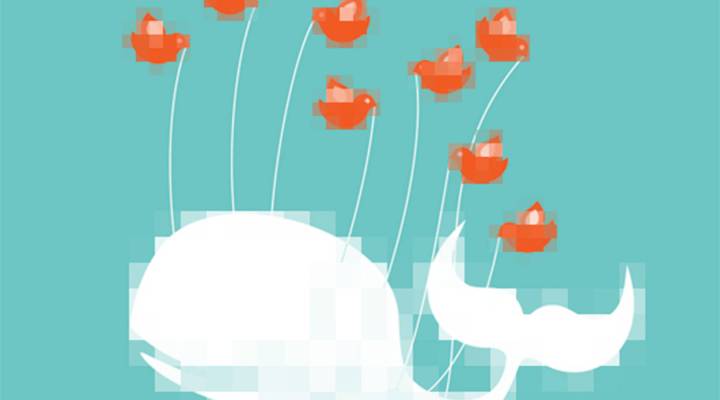 Twitter posted another set of bummer quarterly results this week: basically flat growth, a loss of over $100 million, and a still-fuzzy plan to turn things around and define itself.

The company’s new branding effort at least makes an attempt at the latter: it emphasizes that Twitter is a destination for news, video, conversation and analysis in real time. The company says it will work on improving engagement by improving its core product — you know, Twitter itself.

So, that’s a start. But the most telling part of the investor call this week was the amount of time CEO Jack Dorsey had to spend defending the fact that Twitter is often, simply put, not a nice place to be.

But it is part of Twitter, and it’s pretty surprising to hear Dorsey, still, in 2016, say that the company “must do better” at battling the hostility and trolling and abuse that happens there every second of the day. Actually, let’s be honest: the company has been weak to the point of absurdity in addressing people’s complaints about its ability to stop trolling, hate speech and the constant creation of anonymous accounts bent on delivering insults.

Its initial response to the the recent flare-up, in which “Ghostbusters” actress Leslie Jones quit Twitter after battling trolls who sent her racist, pornographic and violent tweets, was actually laughable — a bland statement to the New York Times saying, “this type of abusive behavior is not permitted on Twitter.”

I leave Twitter tonight with tears and a very sad heart.All this cause I did a movie.You can hate the movie but the shit I got today…wrong

Not permitted? Well, in Gainesville, Georgia, you’re not permitted to eat fried chicken with a knife and fork, either. But it’s really the enforcement that makes the rule, isn’t it?

Twitter followed up, though, with a step in a direction the company clearly hasn’t wanted to take. It banned a single account, that of right-wing news commentator Milo Yiannopolous, saying he’d incited abusive behavior, in addition to being a pretty big troll himself. It was an out-of-character move for Twitter, which has, institutionally and philosophically, has steadfastly refused to wade into the great, sucking morass that is content policing — once calling itself “the free-speech wing of the free-speech party.”

And I have to be honest: I kind of get it.

It’s hard. It’s a slippery slope. Just ask Facebook, which leans hard the other way, with a heavy hand on the censor button.

Its real-name policy has been the subject of controversy for years. On its face, it’s a pretty benign sounding policy: it says you have to register your account with your real, verifiable name, so that other users know you’re a real person with a verifiable identity.

In practice, the real-name policy has led to Facebook banning ethnic names that don’t conform to U.S. names, making its own messy content decisions about, say, Native American names. Transgender people couldn’t change their names; abuse victims complained that they were being exposed; stage names, noms de plume and even well-established public alter-egos were disallowed.

In fact, even though I claimed “mollywood” as the username on my private account, Facebook won’t let me use my actual name in my public page URL, because, according to Facebook, it contains words that aren’t allowed under its policies. (Presumably because “molly” is slang for drugs, and maybe because “wood” is slang for … well, anyway.)

Facebook has all kinds of problems with content censorship, from the flap about its potentially biased human news curators to its stubborn refusal to allow breastfeeding pictures to its ludicrously inconsistent handling of nudity. It is a lot of work to create a safe, clean walled garden.

And it’s true that when news is moving fast, Twitter’s the place that isn’t going to mysteriously disappear a video showing the bloody aftermath of a police shooting, the way Facebook did, and then put it up with the editorial judgment that it’s graphic in nature. Twitter is where you can see it all, and sometimes it’s incredibly ugly.

But don’t get me wrong. While I can understand Twitter’s reluctance to censor its platform, it’s no longer morally defensible not to. In many cases, abuse on Twitter is translating into real life: stalking, harassment, identity theft and doxxing (releasing personal information about people without their permission) that starts online and moves offline.

It’s not financially defensible, either. Twitter is swimming upstream trying to make money, while Facebook is, for all intents and purposes, printing money. Journalists like me spend all day and most of the night on Twitter; everyone else is spending all their time on Facebook, and advertisers want to be there with them.

Many of you will say that making money isn’t a good reason for censorship. I get that, too — the whole thing is tricky and uncomfortable and probably the subject of a lot of late-night arguments at Twitter HQ. As Dorsey says, the company is right on the edge of figuring out whether it’s a mainstream social network or a niche news product that’s small but indispensable to world events.

Personally, I think there are plenty of steps Twitter can take to improve the civility of its product without banning breastfeeding or sanitizing the news. Its new, broader verification procedures are a start; they’ll let the site know at a glance whether someone has verified their identity.

Simpler tools for quickly blocking abusive accounts would be another (why, Twitter, must I visit the profile page of someone who’s being harassing or abusive in order to block them?). And frankly, allowing more discourse instead of philosophy and politics and religion and race relations in 140 characters might actually be a good idea–I agree with this great point that the mechanics of Twitter simply encourage negativity because you’re rewarded for attention and you don’t have room for nuance.

I applaud any company’s commitment to free speech, but Twitter’s moral high ground can only be maintained if the company shows even basic respect for its users’ safety, well-being and enjoyment. Otherwise it’ll end up a niche product all right — and its niche will be trolls.