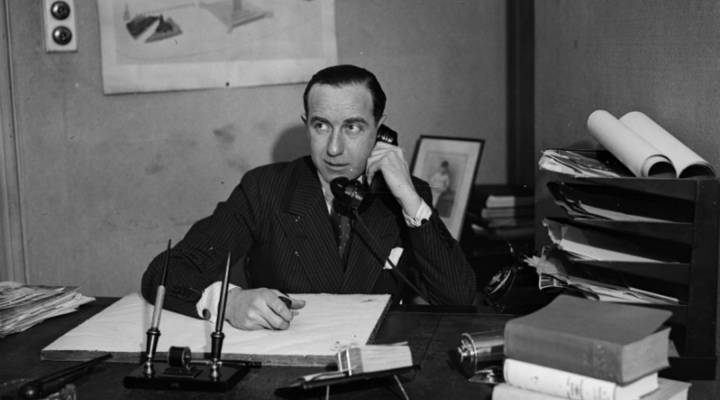 COPY
One in three consumers said they’d been contacted by a debt collector over the last year, according to a new study. Fox Photos/Getty Images

One in three consumers said they’d been contacted by a debt collector over the last year, according to a new study. Fox Photos/Getty Images
Listen Now

The Consumer Financial Protection Bureau, a federal regulator, has released new proposed rules for debt collectors and will be seeking public feedback on the proposal. The goal is to curb abuses in the industry, and the context, says the CFPB, is that 70 million Americans have some debt in collection.

A study the regulatory agency also released Thursday finds one in three consumers said they’d been contacted by a debt collector over the last year. The agency said debt collectors are the single largest topic of the complaints it receives.

Many of the current rules for debt collectors were written in the days of landlines, before email and cell phones became a common way for collectors to contact people.

Michelle Dunn is an author and former debt collector who said the 1977 rules have been confusing for the industry.

“They’re very old; things are not clear any more,” she said.

These days collection agencies often purchase debt for pennies on the dollar and pressure people to pay, sometimes using controversial tactics. And because of loose tracking of information when debts are sold, it’s common for third-party collectors to have inaccurate names or even debt amounts, with little ability to verify the information.

The National Consumer Law Center is among the groups who have long advocated for tighter restrictions on collectors. Attorney April Kuehnhoff with the NCLC said people are unhappy: “They’re experiencing debt collection as something that’s very harassing, abusive, problematic in their lives.”

The new rules would limit collectors to making contact six times a week, and make it easier to dispute a debt, requiring collectors to include a tear-off dispute form to send back to the collector after receiving their initial notice. It would also require collectors to do more to verify the accuracy of the information they’re using to collect on debt.

Joann Needleman, a lawyer for Clark Hill in Philadelphia who works with debt collectors, said the rules will provide welcome clarity for many agencies. But for smaller collectors, she said “the concern is, what are the costs going to be to comply with the rules?”

On the other hand, some consumer advocates said they hoped the regulations would go further. Kuehnhoff said the NCLC was hoping for increased penalties for collectors, as well as more stringent verification requirements.