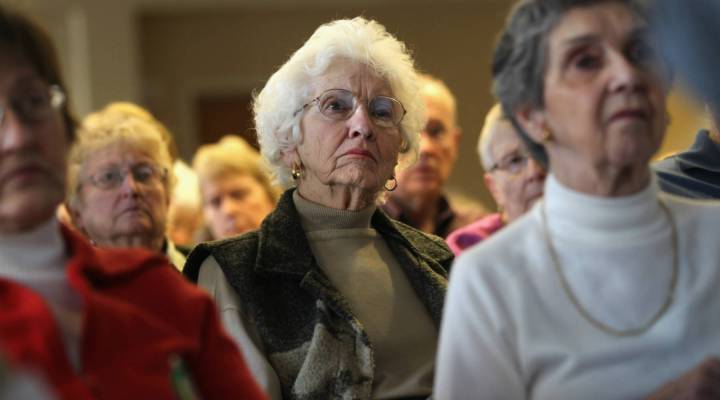 COPY
Long-term returns for pensions are forecast to drop to about 7.5 percent. John Moore/Getty Images

Long-term returns for pensions are forecast to drop to about 7.5 percent. John Moore/Getty Images
Listen Now

Public pensions are having a rough time of it. Retirement plans for public employees, like teachers and police officers, are facing a $1 trillion funding gap. Meanwhile, large U.S. pensions are expected to report their worst long-term results in 15 years.

The median annual return for public pensions, over 20 years, is expected to hit about 7.5 percent for the 2016 fiscal year, according to an estimate from Wilshire Trust Universe Comparison Service. That’s down from more than 12 percent in 2001.

The two recent recessions have taken a toll on long-term results, said Jean-Pierre Aubry, with the Center for Retirement Research at Boston College.

“Even though you have a bull market in the last three or four years, the last 15, the performance has been pretty low, really due to the 2008-9 crisis, and the 2002 dot-com burst,” he said.

“Contributions will have to go up for some, benefits will be lowered, and we are seeing – and we have continued to see over the last number of years – changes in the way the assets are invested,” he said.

While new employees typically bear the brunt of increased contributions and reduced benefits, Brainard said, more and more existing workers and retirees are being asked to share the pain.