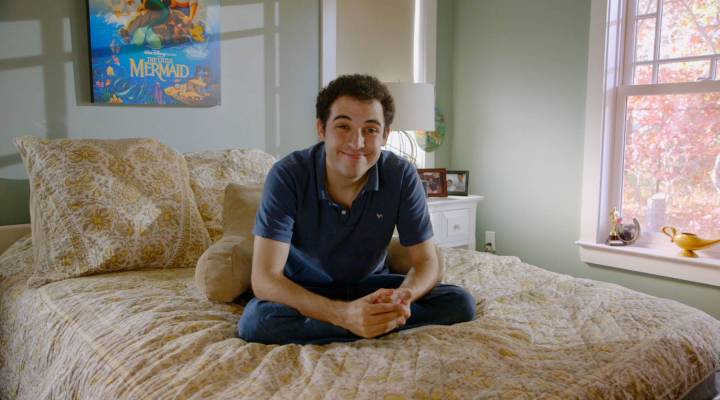 “Life, Animated” is a documentary film about the remarkable story of a boy with autism whose parents discovered that they could communicate with him through Disney movies. Kai talked to Owen and his father Ron Suskind, a reporter and author of many books including the one this documentary is based on “Life Animated.”  The film centers around Owen’s struggles growing up autistic and his parents unrelenting quest to be able to communicate with their son. Their breakthrough comes one day when Owen tells them what he’s feeling by relating to Disney characters.

He loses speech, he loses motor function, he can’t meet your gaze, he just kind of vanished. Cornelia [his wife] and I just said, “what could this be?” It was like we were looking for clues to a kidnapping.

You know we live in a time when so many people feel like sidekicks and not heroes in this country and Owen’s idea is that the sidekick is the key character, the key actor in the drama. Owen: a sidekick helps the hero fulfill his destiny and we are all really sidekicks searching for our inner hero.

Ron Suskind on what a meaningful life is:

It’s something that Cornelia and I started to say to each other about 20 years ago, after Owen was diagnosed; he forced us to ask ourselves a deeper set of questions. In some ways, he pushed us into an investigation of what it means to be human.

We could see the way people looked at Owen, often long enough to look away or starred at him, and you could see how they viewed him as less; and that his life was not a life of meaning. And it deeply upset us and we said “who make that decision of what a meaningful life is?” Recently the folks at the Disney animation studios say the movie for the first time, the actual animators saying “Owen sees more in our characters than we did and we made them!” And what’s interesting is that at one point during the screening, one of the animators brought up just the question that you mentioned Kai, who decides what a meaningful life, is and Owen said “I do,” and the place rose in cheers.