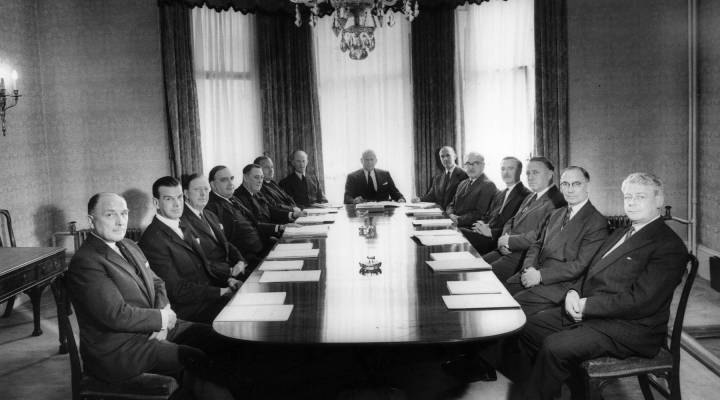 Today a group of big names in the corporate and finance worlds came together to make an announcement. The group includes Warren Buffett, Jamie Dimon of JP Morgan Chase and Mary Barra, CEO of GM. They got together to sign and release what they’re calling a set of commonsense principles around corporate governance.

They’ve produced a surprisingly readable list of principles. Why now? Vanguard was one of the signers. Glenn Booraem is treasurer of Vanguard Funds. He said Vanguard and the others worried investors in public companies were losing out because of too much short-term thinking.

“We’re concerned in instances where companies and/or boards may be more focused on short-term results than on long-term sustainable results,” he said.

He said effective corporate governance can re-focus a company on the long term. Among the recommendations? Paying less attention to quarterly earnings.

“This is one of those situations where it’s not as important what was said as who said it,” she said.

She said these principles aren’t so different from practices outside groups have put forward, “But it’s important that it’s people on the inside, particularly these people, who are among the most influential in the corporate world.”

Amy Hutton agrees. She’s a professor of business administration at Boston College. She said now when an activist investor goes to a shareholder meeting, “and tries to change the way companies are behaving and governing themselves they’ll use this document to start the dialogue,” she said. “‘Look, this document tells us what the best practices are. You aren’t doing this.’”

The goal is for managers to focus on a company’s long-term future as if it was their own business.