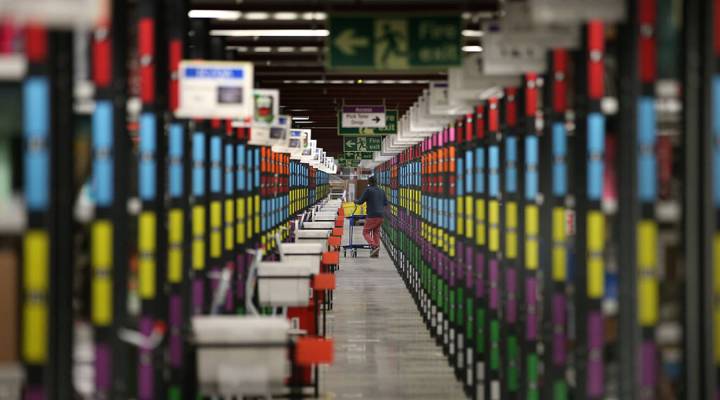 COPY
An Amazon warehouse in the U.K. Peter Macdiarmid/Getty Images

Amazon is getting into the student loan business, in a way. The seller of not quite everything – yet – announced a partnership with Wells Fargo Thursday to offer discounts on student loans to members of its Prime Student program.

Members of Prime Student pay $49 a year for free two-day shipping, unlimited video streaming and photo storage and other perks. Now they will qualify for a half-percent interest rate discount on all Wells Fargo private student loans.

“We knew that our students and families were ever increasingly online,” said John Rasmussen, who leads the bank’s personal lending group.

The partnership is one a way to find new borrowers where they hang out – and potentially more affluent ones, like those who subscribe to Amazon Prime.

While most student loans are funded by the federal government, private loans have rebounded significantly since the recession. In the past five years, loan volume has grown to around $10 billion a year, said Mark Kantrowitz with Cappex.com.

Banks “still have limited funds available to make loans, so they want to make those loans to the borrowers who are going to be most profitable,” he said. “Everybody wants the best credit customers.”

The savings aren’t huge. For a typical 10-year, $15,000 student loan, a borrower might save around $50 a year, Kantrowitz said, about enough to cover that Prime Student membership.

For Amazon, the deal is just another way to hook people on its Prime service at an early age, said analyst Michael Pachter with Wedbush Securities. College students already get a free six-month trial and then pay half of the normal membership fee for the service.

“Anything they can do to make that more attractive is going to, over the lifetime of a person’s membership, drive thousands – if not hundreds of thousands – of dollars of purchases through the site,” said Pachter.

College students are a good bet, he said. Though they aren’t likely to buy much on Amazon while they’re scraping by as students, as graduates they are likely to earn more than those without degrees.