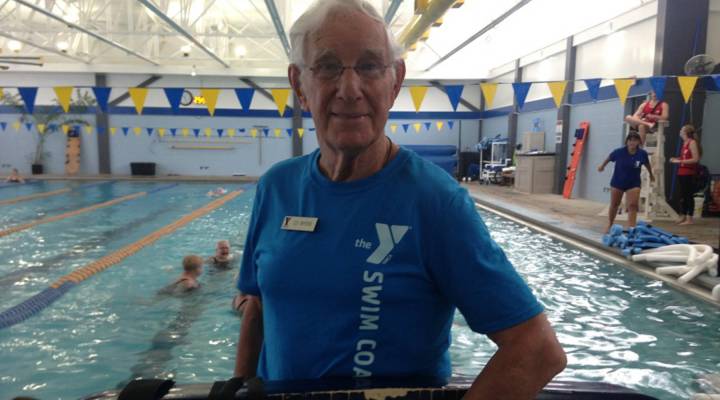 COPY
At 85, Ed Myers is  now a lifeguard instructor at the YMCA in Austin, Texas.   Joy Diaz

At 85, Ed Myers is  now a lifeguard instructor at the YMCA in Austin, Texas.   Joy Diaz
Listen Now

Cooling off at a public pool this summer is tougher than in years past. That’s because fewer young people want to lifeguard these days, and some pools across the country have had to stay closed or have opened with shorter hours.

In Texas, cities are trying something different: recruiting senior citizens as lifeguards.

Kimberly McNeeley, with the City of Austin’s Aquatics Department, said the city of Austin, along with other Texas cities, had already tried a couple of things like boosting pay to $13 an hour to entice new recruits.

But the strategy only worked to a point.

That’s when the idea to pull grandma and grandpa out of retirement and into lifeguarding surfaced.

To some, McNeeley’s idea is radical.

But it’s backed by the American Lifeguard Association.

B.J. Fisher, with ALA,  said seniors today may no longer have the chiseled bodies of their youth, but some are in great shape and “are very responsible.”

Plus, unlike many kids, older adults are perfectly fine with the “no cell phone” policy many cities have adopted for lifeguards.

Just ask 85-year-old Ed Myers. The YMCA swimming and lifeguard instructor said he leaves his phone in the car or in the locker. “If somebody really needs me,” he said, “they’ll find me!”

Myers finds it amusing that some kids actually cite the “no cell phone” policy as a discouragement to join the profession.

Ed Myers retired from the corporate world. In the 1950s, he was a Navy man stationed in Hawaii who served as his unit’s lifeguard.

Lifeguarding is Myers’ second career. For decades he climbed the corporate ladder until he couldn’t climb anymore and ended up retiring. Myers said lifeguarding has given him everything he wanted and a little more.

One reason why it’s now easier to hire from the older demographic is because new rules prompted by the proliferation of pools that are shallow enough for standing have eased the licensing requirements by a bit. Back in the day, lifeguards needed to prove they could swim 300 yards to be licensed. Now, they only need to prove they can swim 50 yards, provided they can stand in the pool.