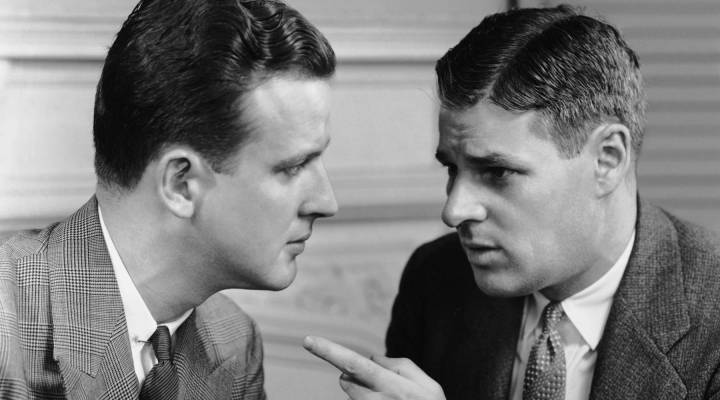 COPY
A family business' biggest enemy may be the family itself. George Marks/Retrofile/Getty Images

A family business' biggest enemy may be the family itself. George Marks/Retrofile/Getty Images
Listen Now

The problem with family businesses is that they’re businesses run by families. The most notable current example is the family drama around media mogul Sumner Redstone. The 93-year-old patriarch sits atop a media empire stretching from MTV to CBS, and is embroiled in lawsuits and family infighting centered around, ultimately, who will control that empire and that wealth.

“The family is actually the biggest risk a family business faces,” said Meghan Juday, a fourth-generation member of the family that owns Ideal Industries based out of Sycamore, Ill. The company employs about 1,200 people and makes electrical equipment and tools. Juday also advises multigenerational family businesses.

“If you have family members who are like you see in the newspapers suing eachother or suing the board or the management team, those are extremely risky situations,” she said, because family drama sucks the attention of investors, any shareholders and management away from the actual business. And neglecting a business can take it down.

One of the biggest sources of family drama is succession. Those battles can make it tough to keep a family business alive. “So that when you get to family businesses that are third, fourth, fifth generations there are almost none,” said Juday.

But there are some, and Dennis Jaffe has studied them. He’s an associate at Wise Counsel Research. When it comes to succession-related problems, “families avoid those kinds of conflicts by working on succession. Long, long ago they should be preparing the next generation,” he said.

The more a family member holds power all to him or herself, the more the family business becomes like a royal court, where it’s all about who has influence, not reason or talent. In that environment, talented people leave.

“Who stays? The sycophants, the people who want to please grandpa and suck up to him,” said Jaffe.

But even if a family gets the transition right, as families grow there’s still the issue of how to coordinate everyone.

“It is pretty hard,” said Edouard Thijssen, cofounder of Trusted Family, a group that advises multigenerational family businesses.  “You have 10, 15, 20 family members suddenly with more and more diversity; they spread out over different cities sometimes even countries.”

The solution, said Dennis Jaffee, is to run the family like you would any formal organization. “They have to have a set of rules, a government, a way of voting, making decisions, being fair to people who are outvoted or who aren’t majority owners,” he said.

Some large families go so far as to have a family constitution to keep everyone on the same page.

Families also need to cultivate a sense of “family greatness,” according to Thijssen.  “How do you build this culture so all family members are great, engaged visionary people” is a key question, he said. There’s also the challenge of preventing new generations from being spoiled and entitled.

Equally important, Thijssen said, is cultivating a sense of innovation.

“The world changes,” he said. “The businesses that were the right ones 50 years ago… maybe today it’s better to be in different sectors so how do you structure your family to identify new opportunities.”

Keeping her family on the same page is Meghan Juday’s full-time job.

Her actual job title is chair of the family council and the nominating and governance committee.  Now five generations strong, there are 50 family members in control of Ideal Industries. “We all get together in Sycamore for our annual meeting,” and smaller groups meet quarterly, she said.

Family members study the business, make collective decisions, and focus on training each generation early, starting with playtime for the little kids while the adults meet.

“As they get older, we’ll bring them in for interactive plant tours, as they get into high school we’ll do internships for the ones who want them,” she said. Connections between management and family members are developed early on “at an age-appropriate level.”

Juday said the biggest benefit to being a family business is that you can do things that you couldn’t if you had to constantly appease shareholders.

“For example, last year, we were looking at our pension plan and realized that it wasn’t sufficient and it didn’t align with our values enough, so we increased it,” Juday said. “That’s the kind of decision that we can make as a family business – being good to our  employees and customers  and communities – that a lot of people who are really trying to maximize quarterly returns can’t do.”

So families are family businesses’ greatest risk, but perhaps their greatest asset too.