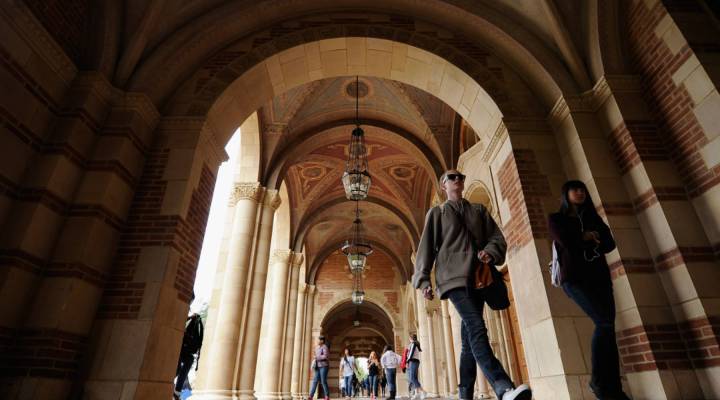 COPY
Young people today are at risk of being poorer than their parents. Kevork Djansezian/Getty Images

Young people today are at risk of being poorer than their parents. Kevork Djansezian/Getty Images
Listen Now

When we talk about rising inequality, we typically think about the rich getting richer and the poor getting poorer. But a new report from McKinsey Global Institute points to another grim reality: an increasing proportion of today’s younger generation is at risk of ending up poorer than their parents.

“It’s a new phenomenon – one that deserves attention because it has some corrosive consequences,” said Anu Madgavkar, partner with the McKinsey Global Institute.

The 1990s to early 2000s was a period of sustained growth, Madgavkar said. But over the last decade, market incomes in the U.S. were frozen or shrinking for 81 percent of income segments. Americans saw increases in disposable incomes only because of generous tax and government transfer policies, the report noted.

The recession and slow recovery are primarily to blame for the stagnant wages across advanced economies, but Madgavkar also pointed to how technology is changing the workforce.

Other factors have contributed to the declining and stagnant incomes. Things like shrinking household size, long-term demographic trends and falling share of GDP.

“I don’t see great prospects for less educated people in society,” said Nicholas Bloom, an economics professor at Stanford University. “The best solution is to fix the education system.”

Bloom said rising inequality leads to decreases in consumer spending and changes in political climates. According to the McKinsey report, nearly a third of those who felt like they weren’t progressing in terms of income shared negative attitudes about trade and immigration.

“It’s led to the rise of protest candidates like Bernie Sanders, Trump and I think even Brexit in the U.K.,” he said.

If slow economic growth continues, McKinsey Global Institute predicts that 80 percent of income groups could face frozen or shrinking incomes in the next decade.