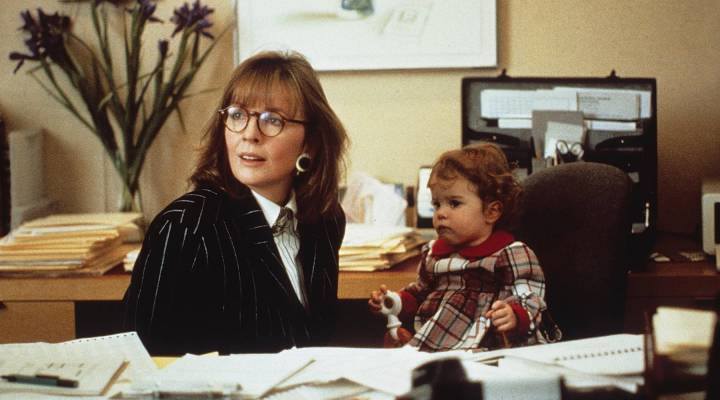 Hadley Freeman has seen a lot of 80s movies. In fact, she’s written a book about them:“Life Moves Pretty Fast: The Lessons We Learned from 80s Movies (And Why We Don’t Learn Them From Movies Anymore).” Here’s Freeman on how working women were commonly portrayed in the 1980s … and why that changed:

I’ve always loved 80s movies. About things like the depiction of females characters, and social issues, they are amazingly progressive compared to American films now. Women are often equal to the men in their professions you don’t have a woman being less powered than a man in a job in an 80s movie, even in couples.

“Baby Boom” is about a high-powered executive named JC played by Diane Keaton at her most high-poweredness. She inherits a baby from a cousin who dies and this causes total chaos in her world. Because she inherited this baby, she’s not made partner, her boss makes it clear she can’t really stay at the bank so she leaves and moves to Vermont to live in a farmhouse. And while she’s there she invents gourmet baby food and she becomes incredibly high-powered again and it’s about what happens then.

There are a lot of reasons why movies don’t talk about these things anymore.

The main reason is that movies are no longer just made for America, it means that studios are really thinking ‘Will this play in China? Will this play in Russia?’ And as a result, they are often very conservative in their messages, instead they have superheroes.

You really don’t see high-powered women in movies today unless they are being horribly [mean] or being brought low in some kind of humiliating way, that’s not how women were depicted in movies even in the 40s but now we have a much more retrograde vision of women in the workplace.