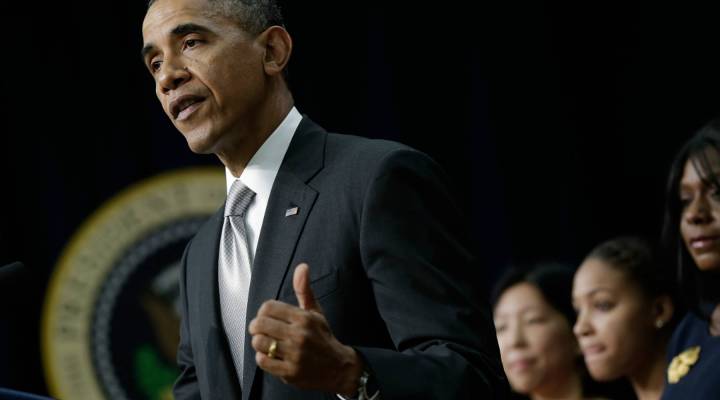 The crowning achievement of President Barack Obama’s presidency is the Affordable Care Act.

It’s the most comprehensive health reform since Medicare became law in 1965.

As he looks towards his legacy, in a new article in the Journal of the American Medical Association, the president acknowledged the work is not yet done and laid out a path forward.

Since the start of Obamacare, 20 million more Americans have insurance.

“That’s the one thing that nobody can argue about,” said Jon Skinner, an economist at Dartmouth. “That’s also the thing that is going to prove most difficult for future administrations who want to replace the ACA — they can’t yank health insurance from 20 million people.”

Obama is definitely crowing about his achievements in his JAMA article, and he’s got tips for his replacement.

That includes providing more tax subsidies to help middle-class families, adding a public option to compete against private insurance plans in certain markets, and letting the feds negotiate the price of some expensive drugs.

Harvard economist Amitabh Chandra said these might be good ideas, but we can’t lose sight of one simple thing.

“The name of the act is the Affordable Care Act,” he said. “But I think American health care is still largely unaffordable to many, many people.”

To truly build on Obama’s legacy, he said policymakers must tackle the problem of drugs and procedures that are expensive but really don’t offer much value.