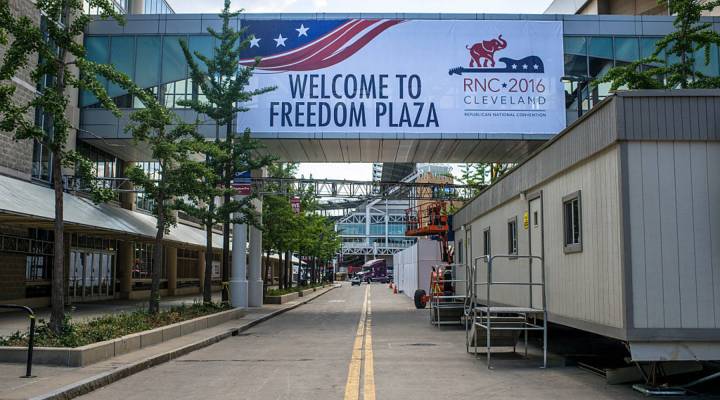 The city of Cleveland, Ohio is gearing up for next week’s GOP Convention. And as the media and delegates begin to gather, local businesses are preparing for the influx of traffic.

Steve Presser, owner of Big Fun Toys in Cleveland, we checked in with him as the convention comes to town.

His take on city’s vibe at the moment:

As I always used to tell people: expect the unexpected. But the vibe, you know let’s be frank about this, this is a very unusual political year, and people don’t really know what to expect. This is a very unusual one that even the brightest and the most knowledgeable and the most experienced do not have an answer right now. Out of the gate everybody was ecstatic. We thought it was gonna be great for business, everybody was on top of the world.  But what’s happening now, the last couple weeks — this is one of the unknowns we didn’t know about — is that the caterers are now claiming that the number of meals to be prepared and served and the number of people at each event, those numbers are down. And so what I think is there are a lot of people out there who just don’t want to come to this convention. Has nothing to do with Cleveland, I mean our city has never looked better. It’s just that the politics of having a convention and what’s happening in this so called circus is different than what they expected at first.