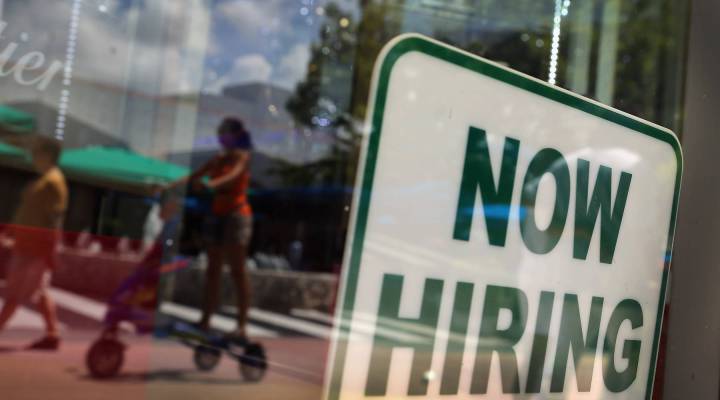 COPY
The economy added 38,000 jobs in May, a number below many experts' predictions. Joe Raedle/Getty Images

The economy added 38,000 jobs in May, a number below many experts' predictions. Joe Raedle/Getty Images
Listen Now

Economists are nervously anticipating the June jobs report, which comes out later Friday morning. Last month’s report was a shocker – the economy added a measly 38,000 jobs, a huge drop from previous months.

One economist, Michael Montgomery with IHS Global Insight, is at least cautiously hopeful.

“The number we expect this month is about 152,000,” he said. That includes tens of thousands of Verizon workers who are now back on the job after a long strike.

“We’re expecting not another disaster, but not an absolute boon,” he added.

Justin Wolfers, who teaches economics and public policy at the University of Michigan, said job growth hasn’t been that impressive these last few months. But there’s a puzzle, because other economic indicators have. Things like initial unemployment claims have been low. Confidence is higher. The question is, which is the real economic indicator?

In which case he said the June jobs report will be much more optimistic.