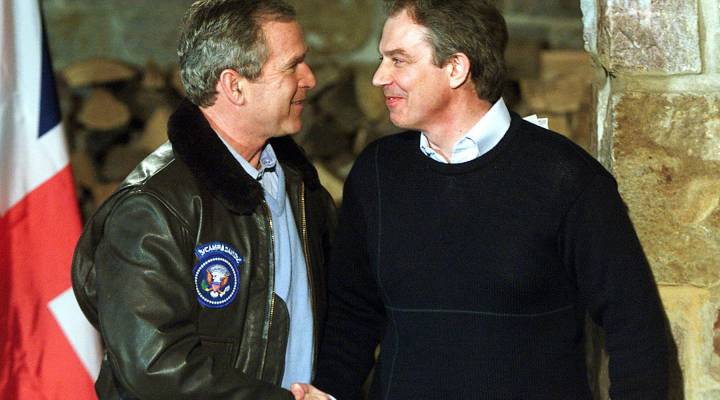 When it came to the Iraq War, U.K. Prime Minister Tony Blair was not able to influence President George W. Bush as much as Blair had anticipated, according to a report released Wednesday.

The “Chilcot Report,” the result of a seven-year investigation into the U.K.’s participation in the war, highlighted the relationship between the two world leaders and a military action made “on the basis of flawed intelligence assessments,” according to the BBC. The report was compiled by a committee chaired by Sir John Chilcot.

“Mr. Blair’s stalwart support for the U.S. after 9/11 had a significant impact in that country,” the report reads. “Mr. Blair developed a close working relationship with President Bush. He used this to compare notes and inject his views on the major issues of the day, and it is clear from the records of the discussions that President Bush encouraged that dialogue and listened to Mr. Blair’s opinions.”

The report when on to talk about how Blair wanted, “to try to persuade the U.S. to move in a particular direction,” and while he was able to influence the president on some decisions, the report concluded that on “critical decisions… he did not succeed in changing the approach determined in Washington.”

The findings add another layer to the Bush legacy, which included the costly war. By 2011, when U.S. troops finally left the Iraq, the U.S. government was spending around $40 billion a year in Iraq. One study said the war ended up costing the U.S. $1.7 trillion, with additional funding needed to provide veterans with benefits.

Jean Edward Smith, the author of the biography, “Bush,” spoke to Marketplace’s Kai Ryssdal last week about Bush’s presidency, including how events like the Iraq War played into policy decisions. While Smith criticized Bush’s foreign policy decisions, but concluded that Bush’s reputation will improve over time because he has stayed out of the limelight since leaving the White House.