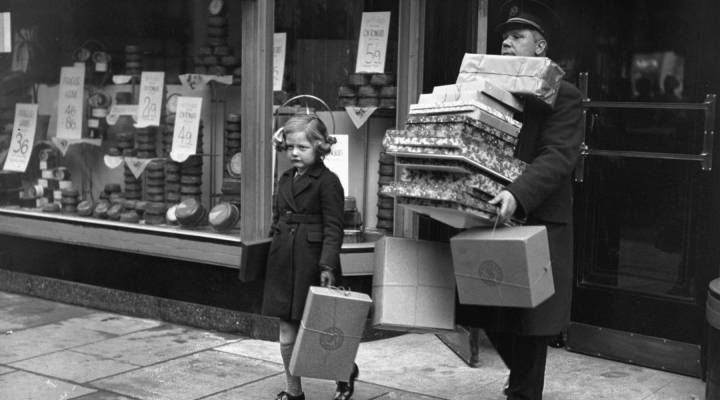 Low interest rates are fantastic. That is, if you want a car or a mortgage. Just ask an economist.

“I myself am personally refinancing my mortgage,” said Ryan McDevitt, an assistant professor of economics at Duke University’s Fuqua School of Business, who’s going from a 30-year fixed mortgage at 3.625 percent, to a 15-year loan at 2.875 percent.

While three-quarters of 1 percent might sound slight, it’s nothing to sneeze at.

“That’s going to save me about one hundred and fifty thousand in interest, over the life of that loan,” McDevitt said. “That’s a lot of dinners out at P.F. Chang’s, or something like that.”

And increasing our discretionary spending, on a dinner out or a new pair of jeans, is exactly what we’re likely to do now, said McDevitt. That’s because thanks in part to Brexit and Fed interest rates are low. But at the same, there’s also been a lot of volatility in the markets of late. Which leaves consumers with two options — save or spend.

“Because these interest rates being so low means that you’re getting no money in your savings account — your checking account. So why not just go out and spend that money?” McDevitt asked.

Notes Randall Kroszner, a professor of economics at the University of Chicago’s Booth School of Business who served from 2006-2009 as a Governor of the Federal Reserve System, there’s a flip side to the coin that is low interest rates.

Both from Brexit, as well as from political uncertainty caused by our upcoming presidential election.

“That economic uncertainty might make people be a little bit wary of spending more,” Kroszner said .

But he notes, at least we’ll have more money in our pockets to act as a cushion against uncertainty, be it abroad or at home.