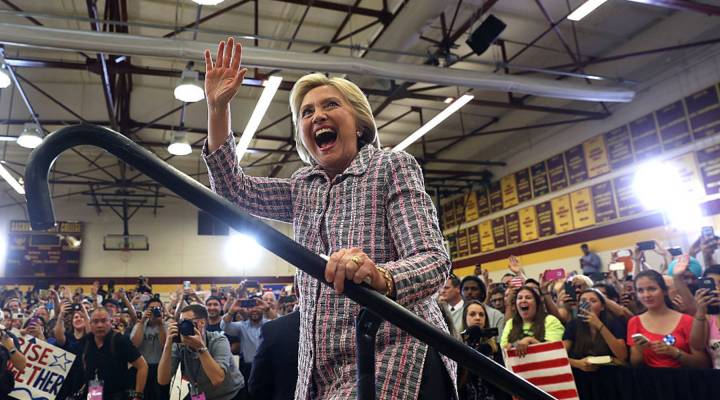 Maybe you remember that little box you can check, on your tax forms? The one that allocates a few dollars to public financing for our elections? It’s still there, but nowadays most candidates don’t even want the cash.

Checking that box doesn’t actually increase your tax bill. Instead, it shifts $3 of what you are already paying into the Presidential Election Campaign Fund. Currently, there’s more than $300 million in the fund, and it keeps getting bigger—mainly because candidates don’t really like to use it anymore. In fact, the only candidate left in the race who is taking public funding is Green Party nominee Jill Stein.

“Well, I think at the federal level, public funding isn’t playing a role at all in the presidential campaign, essentially the current limitations made the system pretty irrelevant,” said Eleanor Neff-Powell, who teaches political science at the University of Wisconsin-Madison.

Those limitations include rules against fundraising once you’ve taken the money, and agreeing to overall spending limits. For this election, candidates who wanted matching funds for the primaries had to agree not to spend more than $48.07 million on the state races. For the general election, Hillary Clinton and Donald Trump would have to limit their spending to $96.14 million to be eligible for grants that don’t exactly keep up with the pace of spending in today’s campaign.

“No candidate’s willing to accept the strings in order to get those funds,” said Thomas Mann, a senior fellow at the Brookings Institution.

“It worked well for about six elections. The first was 1976, the last time it worked fully was 1996,” he said. “So we had six elections where all the major candidates participated both in the matching public funding program in the primary, and accepted the general election grants for the fall campaign.”

But it started to unravel in the early 2000s, and Mann actually warned we would end up with out of control campaign spending back in 2008, when then-candidate Barack Obama opted out of public financing. Since then, no major party nominee has taken the money.

Taxpayers seem to agree. In 1980, almost 29 percent of Americans checked the box to donate to the campaign fund (although it was $1 then instead of $3). Last year, it was just over 5 percent.