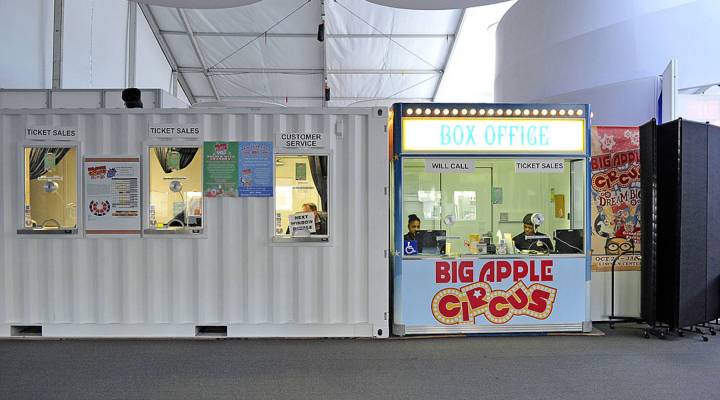 Recently,  New York’s Big Apple Circus put on its last performance of the season. Things can get pretty stifling in a circus tent over the summer so they end before the serious heat kicks in. But those performers are worried about whether they’ll be able to come back for a new season later this year. And they’re not the only ones.

There are about a dozen circus companies in the country today compared to a couple of hundred 40 years ago. Changing tastes and priorities mean everyone from audience members to sponsors is putting on a disappearing act.

Things were different a hundred years ago. Peter Shrake is the archivist of Circus World museum in Baraboo, Wisconsin. He said whole towns used to flock to the big tent – and not just for entertainment.

“You saw new technology on display, sometimes the first time people saw a light bulb or a motion picture or the newest automobile,” he said. “Or news from, say, the Spanish-American war, was with the traveling circus.”

Then came radio, TV, and the internet. Will Maitland Weiss is executive director of the nonprofit Big Apple Circus. It’s just launched a crowdfunding campaign called ‘Save The Circus’. He said the audience has reached a plateau, and the costs of touring have shot up. Before the financial crisis, he said, “We used to make about $2 million a year in revenue from corporations, who would buy out the house. And they would use it as way of entertaining clients, or rewarding employees and their families.”

That number has dropped by half.

Still, plenty of people continue to train as circus performers. Suzi Winson is the director of Circus Warehouse, a circus school in New York.

“People are using circus art for things other than the circus,” she said. A lot of her students “do nightclub work, they do corporate events, they do private parties – this is actually where the money is,” she said.

Not to mention on Broadway and in Hollywood. And she said like a lot of other workers, circus performers can’t just be a juggler or a trapeze artist any more. They have to be good at everything.