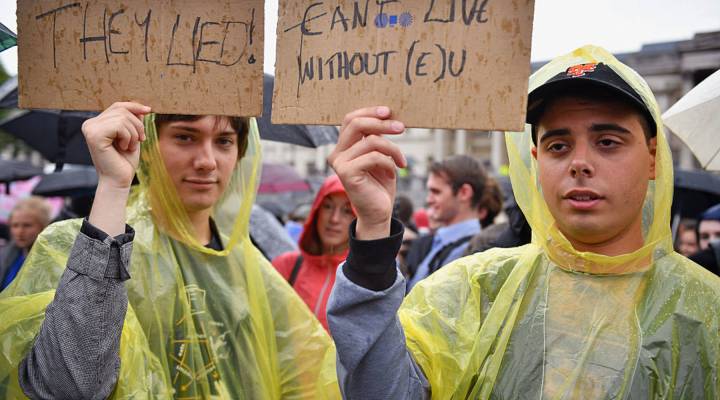 The FTSE Index of Britain’s top 100 companies hit a 10-month high on Thursday. Could this stock market jubilation be a sign that Brexit will pay off? Not quite. What put a rocket under shares was a statement from the Bank of England saying that it may cut interest rates over the summer. And that’s not a good sign at all.

Political uncertainty is clouding the outlook. Prime Minister David Cameron is on his way out and no one can say for sure that there won’t be another general election or even another referendum; that is likely to hamper investment and dent consumer confidence. This vacuum could last as long as six months until there’s a new government in place and it has developed a plan for withdrawal from the EU.

Hear more in the audio player above.