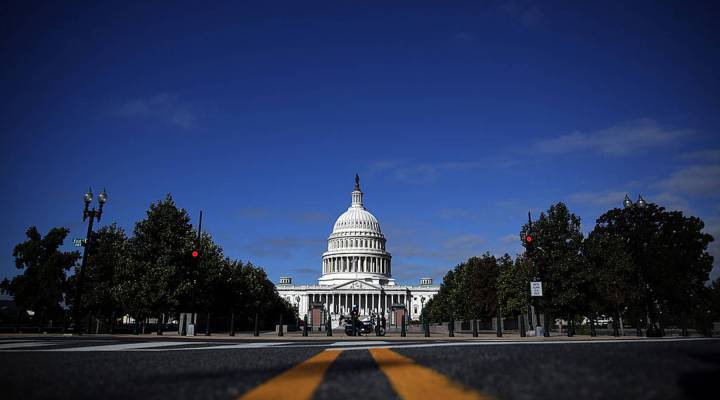 There’s a huge fight in Congress right now over the U.S. Export-Import Bank, a government agency that makes loans to foreigners so they can buy U.S. products.

The bank needs authorization from Congress every few years. The bank lost its authorization a year ago. Congress did reauthorize the bank late last year, but it’s still hobbled.

A year ago, John Murphy was working around the clock, lobbying hard to keep the Export-Import Bank open.

“I spent eight or nine hours testifying before the Senate Banking and House Financial Services Committees,” he said.

Murphy is senior vice president of international policy at the U.S. Chamber of Commerce. He said the chamber is still lobbying.

That’s because while Congress finally did reauthorize the Export-Import Bank, it still hasn’t confirmed a new member on the bank’s board. Without that, the bank can’t make loans over $10 million. That puts big international deals in jeopardy.

“At stake are tens of thousands of American jobs,” Murphy said.

But critics say these loans are corporate welfare.

“The game is rigged,” said Veronique de Rugy, a senior research fellow at George Mason University’s Mercatus Center. “If you’re a big company, you get a handout from the government. It’s crazy.”

But they do have a potent message, said Peter Cohn, a research analyst with Height Securities. He said when members of Congress are told jobs might be lost in their districts, they have to listen.

“And they hear from these companies, ‘If you take this program away, these are jobs that could be lost,’” he said.

Cohn said he understands it might look like corporate welfare. But if foreign buyers can’t get big loans from the U.S. Export-Import bank, they’ll take their business elsewhere. He said other countries have their own export-import banks and are happy to loan lots of money.