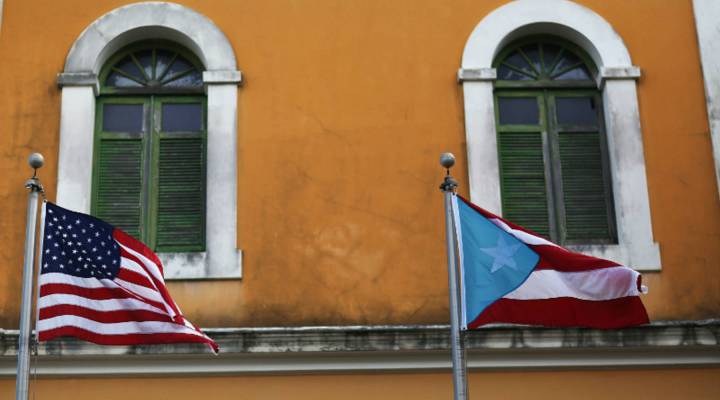 COPY
An American flag and Puerto Rican flag fly next to each other in Old San Juan. Joe Raedle/Getty Images

An American flag and Puerto Rican flag fly next to each other in Old San Juan. Joe Raedle/Getty Images
Listen Now

On Wednesday, legislation to help Puerto Rico restructure its more than $70 billion of debt finally passed through the Senate.

President Barack Obama is expected to sign the bill by the end of the week, which is when the island was set to default on $2 billion worth of payments to bondholders.

The bill passed with bipartisan support, but not everybody is happy. A major issue is the establishment of a federal board to oversee Puerto Rico’s finances.

Some, like Puerto Rican Sen. Ramon Luis Nieves, say the board won’t bring any money to the island.

“We are on our 10th year of a recession. If you talk to any economist, they will tell you that we are not in a recession anymore. It is a depression,” he said.

Going forward, Puerto Rico has to figure out a way to generate revenue. Charles Venator Santiago, an associate professor at the University of Connecticut, said this bill will put a pause on bond holders suing the Puerto Rican government. Other than that, it addresses the symptoms, not the problem.

“I don’t think it’s going to resolve anything other than perhaps stall litigation, enable some debt restructuring, and begin a process of responding or paying back some of the debt,”  he said.

He said the next step is figuring out a way to bring investment to the island. Puerto Rico’s credit rating is pretty awful. Restructuring and repayment are the first steps in a long battle to restore that faith.